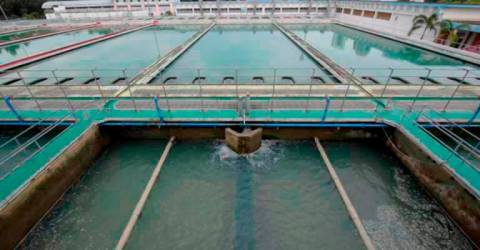 GEORGE TOWN: The Penang Water Supply Corporation (PBAPP) said today that there was no threat of the Sungai Dua Water Treatment Plant (LRA), near here, being closed as claimed in several Facebook uploads and messages.

PBAPP, in a statement on its Facebook page, said it was aware of several Facebook messages and uploads that had gone viral, claiming that the high turbidity of raw water from Sungai Muda, Kedah today could cause another work stoppage at the Sungai Dua LRA.

“However, the Sungai Dua LRA continued to operate at optimum capacity today and, based on several data, there is no threat of Sungai Dua LRA being closed as of 5 pm today.

“The current raw water turbidity level from Sungai Muda is 66.7 NTU (Nephelometric Turbidity Unit) and the output of treated water at the Sungai Dua LRA is 994 million litres per day,” according to the statement.

The NTU is a unit used to measure the presence of particles or suspended matter in water.