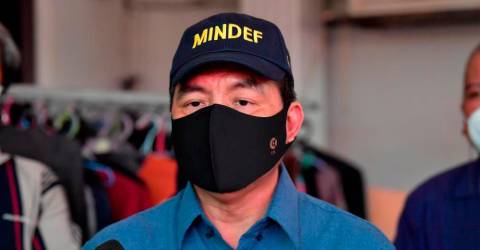 He said the assistance involving an allocation of RM23 million would benefit 92,013 veterans and non-pensionable MAF veterans’ widows.

“They will receive the cash aid on April 21 and it is hoped that the contribution could ease their burden in preparing to celebrate Hari Raya Aidilfitri,“ he told a press conference at the breaking of fast with MAF Veteran Associations at Wisma Perwira ATM here today.

Meanwhile, on the dialogue session with MAF veterans at the gathering, Ikmal Hisham said among the main issues raised was the pension gap between MAF veterans who have retired after and before 2013.

“Also raised was the memorial allowance for MAF veterans who received the Pingat Jasa Malaysia (PJM) award, apart from claims for hospital bills and equipment because some who receive treatment at the hospital could not make claims,“ he said.

Ikmal Hisham said many other issues were also raised as there were 121 parent associations involving MAF veterans and 80 associations present today.

“Of course, their problems and focus vary. However, we take note of the main problems and will take them to the next level, especially to (Senior Minister of Defence) Datuk Seri Hishammuddin Tun Hussein, ”he said.

At the event, MAF JHEV received a zakat contribution of RM360,000 from Affin Hwang Investment which will be distributed to MAF veterans.-Bernama