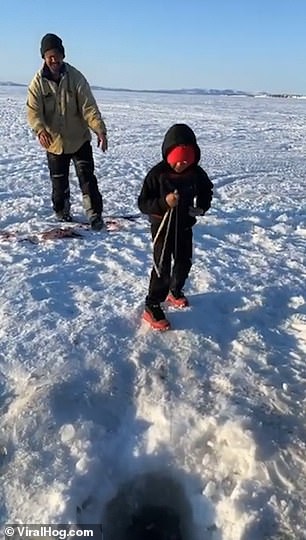 Now that’s a whopper! Six-year-old boy catches his first fish – and it’s as big as him

This is the amazing moment a six-year-old boy landed his first fish – which was the same size as him.

Drayden Nelson was ice fishing on the Kotzebue Sound in Alaska when he managed to catch the 46-inch sii fish through a round hole in the ice.

His mother and father Margaret and Stephen encouraged the youngster as he tried to pull the large fish to the surface – without the aid of a rod and reel.

As family members stepped in to pull the fish clear of the ice it became apparent how big it was. 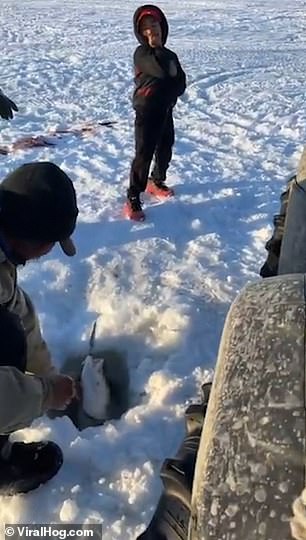 Drayden Nelson, six, was ice fishing on the Kotzebue Sound in Alaska when he managed to catch the 46-inch sii fish through a round hole in the ice. 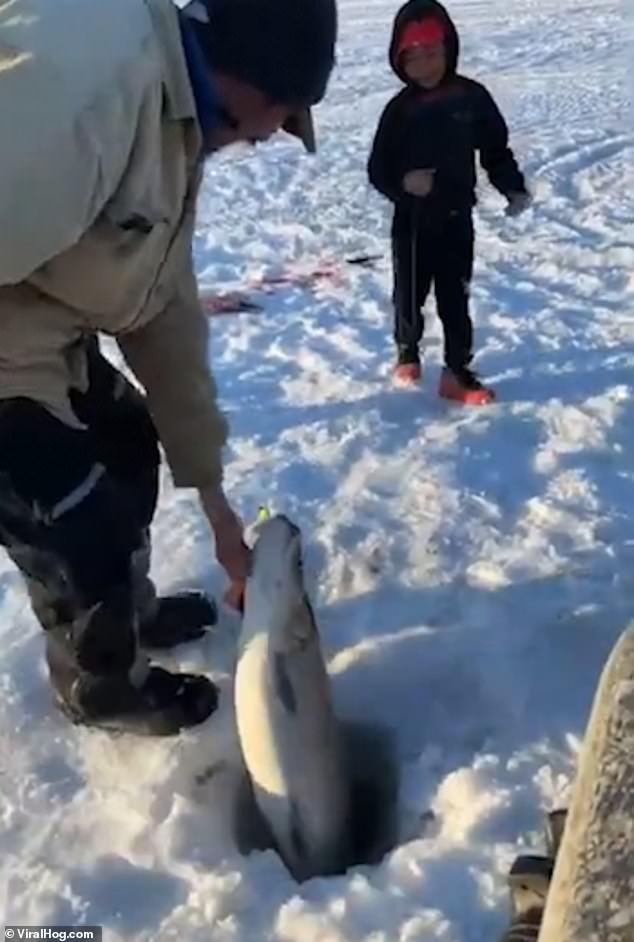 Once the frozen surface is more than five inches deep it is possible to go ice fishing  in Alaska.

Fishermen use special drills to bore a hole in the surface to allow them to drop their lines into the water below, where they can catch large fish such as salmon, trout and shii fish.

The Kotzebue Sound, where Drayden and his family were subsistence fishing is less than 200 miles from Russia and freezes from October to July.

His family said the fish the youngster caught was around 46 inches long.

Shii fish can weigh up to 60lbs and normally hatch in early spring before the winter ice breaks up.

They are normally washed downstream into the sea and can travel more than 1,000 miles in a single year.

They spawn in the same area they were born and can live for 20 to 30 years. 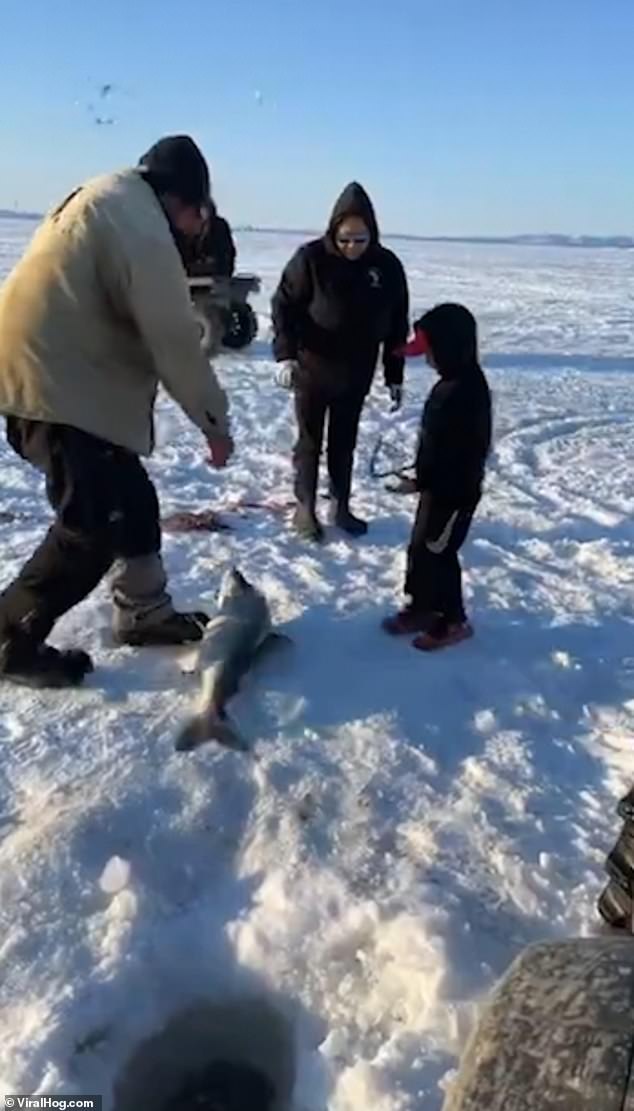 The family congratulated the youngster who caught his first ever fish