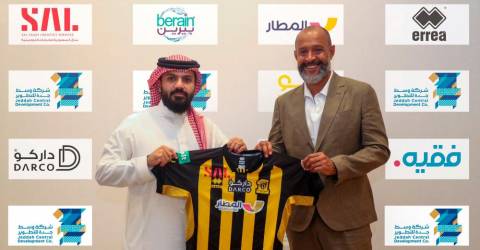 The club announced the two-year deal on Twitter on Monday, sharing a video in which Santo said: “It’s an honour for me to join the greatest club in Saudi Arabia: Al-Ittihad.”

Al-Ittihad announced the end of Contra’s tenure after he failed to guide the club to the Saudi Pro League championship title.

Al-Ittihad led throughout the season before the crown was snatched from them by 18-time champions Al-Hilal.

Nuno was not the first choice to succeed Jose Mourinho at Spurs but his term in charge began brightly.

They topped the table after three 1-0 wins at the start of last season, including a victory over Manchester City.

However, results rapidly deteriorated and five defeats in seven Premier League games led to the Portuguese coach being fired at the beginning of November after just four months in charge. – AFP