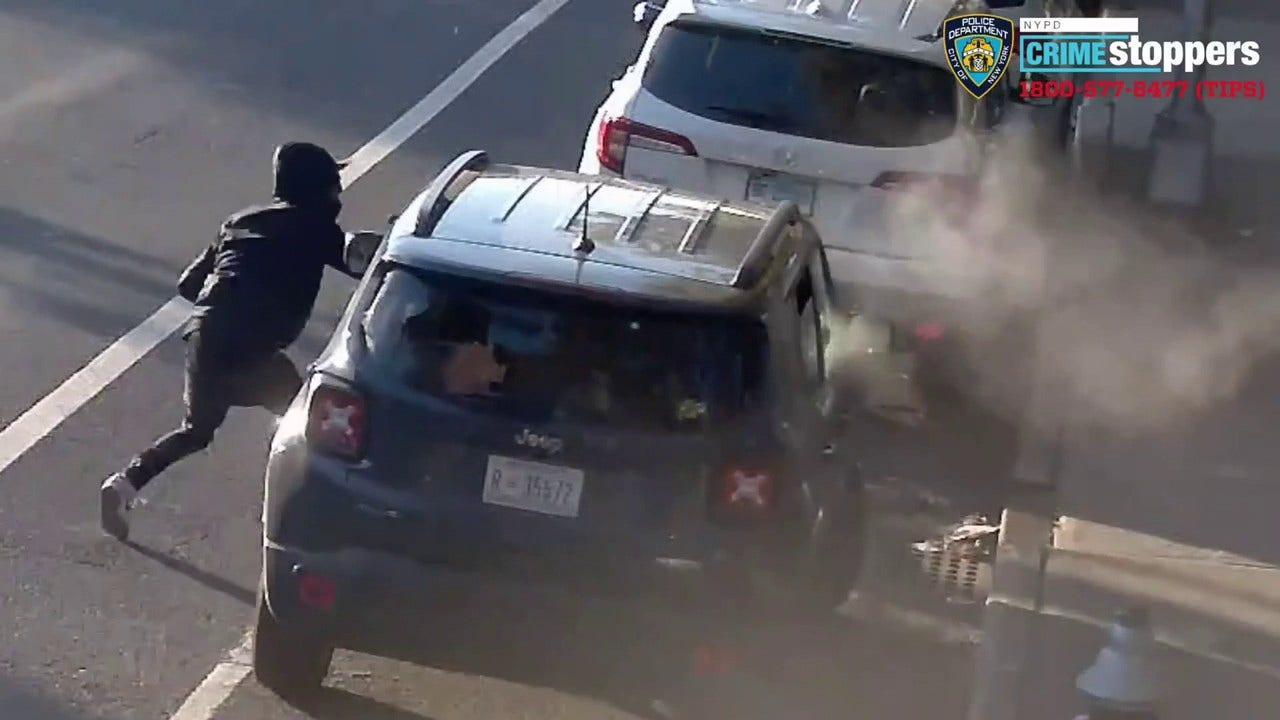 The clip, which was captured around 5 p.m. Friday, begins with two individuals parking their dark blue Jeep on a street.

Police reported no injuries in the gun battle, and as of Wednesday, none of the people involved have been identified or caught.

LEE ZELDIN, GOV. KATHY HOCHUL DUKE IT OUT OVER CRIME IN FIERY DEBATE

A gunshot is seen striking the rear of a Jeep in New York City’s Bronx borough on Oct. 21.
(NYPD Crime Stoppers)

Footage of the violence shows a man ducking for cover behind the Jeep as a bullet shatters the vehicle’s rear windshield.

One of the two individuals who were shot at in the Bronx is seen returning fire.
(NYPD Crime Stoppers)

He then makes his way to the front of the Jeep and appears to fire multiple rounds in the direction of a sidewalk.

Another passenger inside the vehicle also opened fire in the Bronx on Oct. 21, police say.
(NYPD Crime Stoppers)

The video ends with that man – who was wearing a dark jacket and pants and white shoes – getting back inside the Jeep and starting the engine.

Greg Norman is a reporter at Fox News Digital.