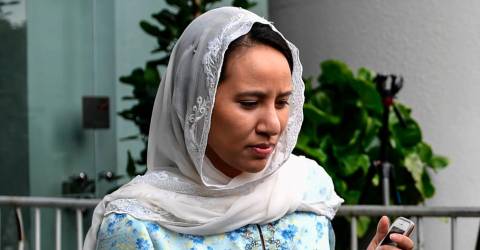 PUTRAJAYA: The Court of Appeal has fixed Oct 5 to hear the Inland Revenue Board’s (IRB) appeal against a High Court’s dismissal of its application for a summary judgment to be entered on former Prime Minister Datuk Seri Najib Razak’s daughter, Nooryana Najwa over alleged unpaid income tax.

On July 24, 2019, the Malaysian government as the plaintiff, filed a writ of summons through the IRB in the High Court naming Nooryana Najwa as the defendant.

According to the statement of claim, the IRB alleged that Nooryana Najwa failed to submit the Individual Income Tax Return Forms to the IRB, under Section 77 of the Income Tax Act 1967, for the years of assessment from 2011 to 2017.

The IRB contended that to date, she had not paid the amount of income tax owed including the increases, worth a total of RM10,335,292.36.

Meanwhile, the Federal Court has set July 15 for another case management in Najib and his son, Datuk Nazifuddin’s appeal over the summary judgment entered against them regarding the payment of income tax amounting to RM1.69 billion and RM37.6 million respectively, to the IRB.

Two separate High Courts had allowed the IRB’s applications to enter the summary judgment to recover tax arrears of RM1.69 billion from Najib and RM37.6 million from Nazifuddin, respectively for the period between 2011 and 2017.

A summary judgment is obtained when the court decides on a case, through written submissions, without a full trial and calling witnesses.

Both Najib and Nazifuddin lost their appeals in the Court of Appeal in September, last year to set aside the summary judgment. — Bernama