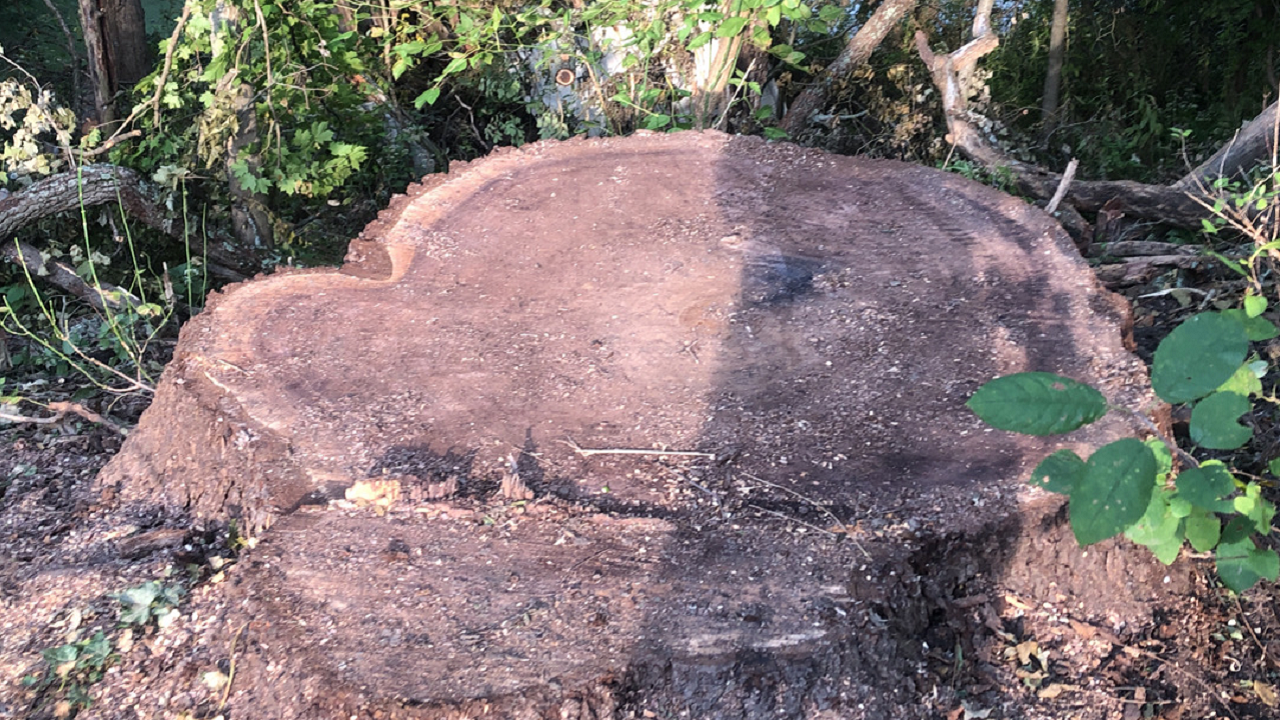 An Ohio brother and sister are facing felony charges after being accused of working together to cut down a massive tree on public land near Cleveland – a tree that park officials believe is “possibly over 250 years old” and worth more than $28,000.

Todd Jones and Laurel Hoffman are each facing counts of grand theft and falsification following the removal of the black walnut tree in the Mill Stream Run Reservation in Strongsville last September. In a Cleveland Metroparks police report obtained by Fox News Digital, a naturalist measured the tree’s stump to be 66 inches in diameter and 207 inches in circumference – just shy of the largest of its kind in Ohio, which are 211 and 227 inches in circumference.

“We suspect the tree was possibly over 250 years old,” Jacqueline Gerling, the director of communications for Cleveland Metroparks, told Fox News Digital. “Given our urban setting and the threats to healthy tree growth, it is very uncommon to find a black walnut of this size.”

The stump after the tree was chopped down inside the Mill Stream Run Reservation in Strongsville, Ohio. (Courtesy Cleveland Metroparks)

In the police report, an officer who spoke to Jones – the owner of a home adjacent to the reservation – said the 56-year-old told him he “always thought that [the tree] was on [his] property.”

Jones recently acquired the property from Debra Jones, the wife of his late father, who told investigators she had fallen under “financial hardship” while owning the home and racked up $15,000 in tax liens, the officer said.

“Todd Jones told her that he was ‘sendin’…people out there to take that [tree] down,’ which would ‘help pay for some of the taxes,’” the officer wrote in the report, summarizing statements Debra Jones allegedly made to authorities.

But a survey of the land determined that the “tree is question was located on Cleveland Metroparks land, 7.5 feet from Todd Jones’ property line,” the officer said in the police report.

Cleveland Metroparks’ director of natural resources estimated the tree’s value to be $28,814.74.

The tree was determined to be on property owned by Cleveland Metroparks, investigators say.

In the police report, investigators accuse Hoffman — who is Todd Jones’ sister — of arranging for a logging company to cut down the tree in September last year.

When the logging company’s owner asked Hoffman if the property was surveyed, she “asserted that “it was all surveyed and it is our tree,’’” the officer wrote, citing statements made by the owner.

Jones allegedly was paid $2,000 by the logging company for the tree, which then sold the logs to a lumber manufacturer for just over $10,000, the police report states.

“Black walnut is one the most valuable hardwood species in North America, and is sought after for timber production,” the officer said.

The logging company later was relieved of any criminal liability after police determined its owner “took reasonable on-site measures to verify (and was assured by Hoffman, both verbally and in writing) that the tree was on Todd Jones’ property,” according to the police report.

Meanwhile, both Jones and Hoffman reportedly are arguing they shouldn’t face charges.

The two made the claims in separate phone interviews with Cleveland.com and The Plain Dealer newspaper, according to Cleveland.com.

“This is so ridiculous that they’re doing this,” Jones told the website. “This is insane. There was no ill intent.”