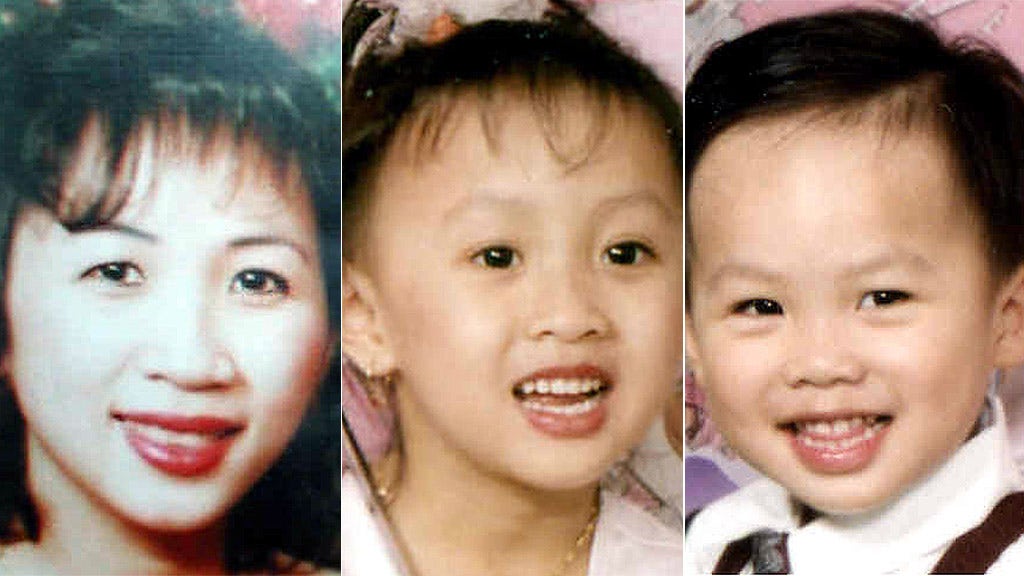 An SUV found submerged in an Indiana river this week is connected to a nearly 20-year cold case investigation in which an Ohio mother and her two children vanished, authorities said.

The Delhi Township Police Department in Ohio began an investigation into the disappearance of Stephanie Van Nguyen, 26, and her two children, Kristina, 4, and 3-year-old John in April 2002.

Stephanie Van Nguyen, 26, and her two children, Kristina, 4, and 3-year-old John went missing in 2002, Ohio police said. An SUV that belonged to Nguyen was found this week submerged in the Ohio River in Indiana.
(Delhi Township Police Department)

Nguyen left a note saying she planned to drive into the Ohio River, which stretches from Illinois to Pennsylvania, police said. She was last known to be driving a 1997 Nissan Pathfinder, the Indiana State Police said Friday.

The inquiry into the disappearances eventually went cold. Investigators decided to take another look at the case this year because of advancements in technology.

Authorities search the Ohio River for an SUV connected to a 2002 missing persons case in Ohio.
(Indiana State Police)

“But it wasn’t until last week that three unique objects in the water were found that looked promising,” the Delhi police said in a Friday statement.

The Pathfinder was recovered from the water in Aurora, Ind., authorities said. The license plate on the vehicle confirmed it belonged to Nguyen, Indian State Police said.

The SUV was located more than 50 feet below and 300 feet from the bank of the river, police said.

It was towed and is expected to be examined to determine if Nguyen and the two children were inside the vehicle.