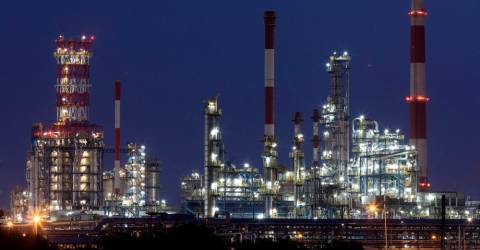 NEW YORK: Oil prices gained about 1% yesterday, with US crude settling at a 13-week high on supply concerns, including no nuclear deal with Iran, and prospects for demand growth in China, which is relaxing lockdowns to control the pandemic.

Robert Yawger, executive director of energy futures at Mizuho, said “several numbers” in the US Energy Information Administration (EIA) report are “within striking distance of historical lows”. including possibly crude storage for the country, crude storage at Cushing, Oklahoma, and crude storage in Strategic Petroleum Reserve.

The United States said Iran’s demands on sanctions-lifting were preventing progress on revival of the 2015 nuclear deal. Analysts have said a deal could add 1 million barrels per day of world oil supply.

The EIA projected US crude production and petroleum demand will both rise in 2022.

Prices also drew support from expectations demand would recover in China, where the capital Beijing and commercial hub Shanghai have been returning to normal after two months of lockdowns.

The quota increase from Opec+, the Organization of the Petroleum Exporting Countries (Opec) and allied producers including Russia, is lower than the loss of Russian crude resulting from Western sanctions, analysts said, adding that it also fails to address a shortage in oil products.

Trafigura’s CEO said oil prices could soon hit US$150 a barrel and go higher this year, with demand destruction likely by the end of the year.

Goldman Sachs increased its Brent oil price forecasts by US$10 to US$135 a barrel for the period between the second half of 2022 and the first half of next year, citing an unresolved structural supply deficit.

In other supply concerns, the Sharara oilfield in Libya was halted again late on Monday and in Norway, more than one in 10 offshore oil and gas workers plan strike action from Sunday if state-brokered wage mediation fails. – Reuters