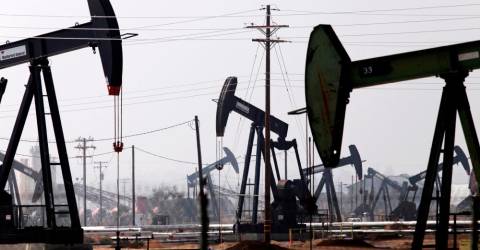 The decline came as weak data from the United States fueled concerns over the economy.

The Commerce Department reported Wednesday that sales at US retailers sank 1.1 per cent in December, below consensus expectation for a 0.9 per cent decline.

Data from the Federal Reserve also showed that US industrial production declined more than expected in December.

Traders awaited data on US fuel stockpiles as the Energy Information Administration will release its weekly petroleum status report on Thursday – a day later than normal due to Monday’s Martin Luther King Jr. Day holiday. –Bernama