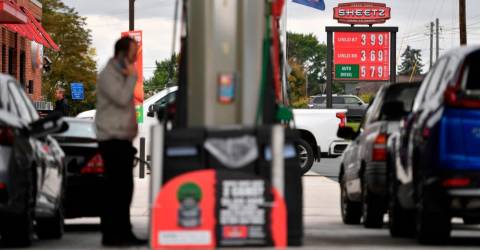 NEW YORK: Oil prices rose on Wednesday (Oct 19) as caution over tightening supply countered the negative impact of uncertain demand, and news that the United States will release more crude from its reserves.

“Realistically an SPR release is near-term bearish, long-term bullish because eventually you’re going to have to buy it back,” said Gary Cunningham, director of market research at Tradition Energy. “Overall the market continues to swing wildly and chop around on erratic news.”

In the previous session, the benchmarks hit a two-week low after US President Joe Biden said he plans to release 15 million barrels of oil from the Strategic Petroleum Reserve (SPR).

Biden, in remarks on Wednesday, noted US plans to repurchase oil for the reserve if prices fall enough. The reserve release would be the last sale from the planned sale of 180 million barrels of oil announced shortly after Russia invaded Ukraine in February.

Oil prices have rallied since the Organization of the Petroleum Exporting Countries (Opec) agreed to reduce its production target by roughly 2 million barrels a day – though that is expected to only include about 1 million barrels of actual output declines.

“They want Brent around US$90, so they’re going to get it and going to continue to cut output to hold that number,“ Cunningham said.

US crude inventories fell unexpectedly last week – down 1.7 million barrels, weekly government showed, against expectations for a build of 1.4 million barrels. SPR levels fell 3.6 million barrels to just over 405 million, the lowest since May 1984.

A pending European Union ban on Russian crude and oil products and the output cut from the Organization of the Petroleum Exporting Countries and other producers including Russia, a group known as Opec+, of 2 million barrels per day also supported prices.