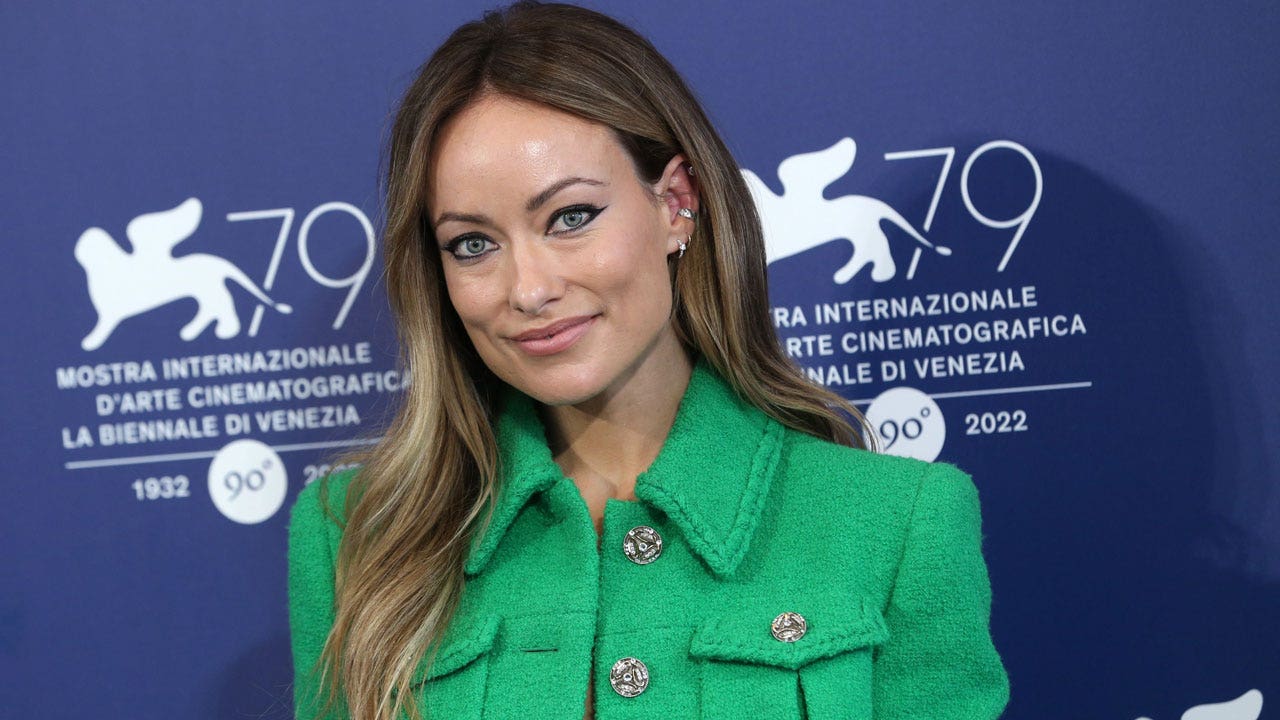 Wilde, who starred in and directed the film, was asked about Florence Pugh’s absence from the press event, according to multiple reports. Following filming, rumors surfaced that Pugh and Wilde had a falling out after the director began a romantic relationship with lead actor Harry Styles.

“Florence is a force, and we are so grateful that she’s able to make it tonight despite being in production on ‘Dune,'” Wilde told reporters Monday. “I know, as a director, how disruptive it is to lose an actor even for a day, so I’m very grateful to her, to Denis Villeneuve for helping us. And we’re really thrilled we’ll get to celebrate her work tonight. I can’t say enough how honored I am to have her as our lead. She’s amazing in the film.”

Olivia Wilde said she would not “contribute” to the “endless tabloid gossip” surrounding her film “Don’t Worry Darling.”
(Photo by Elisabetta A. Villa/Getty Images)

“As for all the endless tabloid gossip and all the noise out there, I mean, the internet feeds itself,” she added. “I don’t feel the need to contribute. It’s sufficiently well nourished.”

Despite not participating in the presser for the film, Pugh is expected to appear on the red carpet ahead of the premiere.

Wilde also managed to dodge a question about Shia LaBeouf, who was originally cast as the lead and then replaced by Styles. Wilde recently claimed she had fired LaBeouf to keep Pugh “safe” on set. However, the actor shared receipts showing that he left the film due to rehearsal scheduling.

Panel moderator Giulia D’Agnolo Vallan shut down a question from The Hollywood Reporter that aimed to clarify what actually happened.

“I think this question has been answered when she talked about the internet,” Vallan answered.

Florence Pugh is set to walk the red carpet at the film festival. The actress is seen arriving at the airport ahead of the Venice Film Festival.
(Photo by Jacopo Raule/Getty Images)

Wilde had claimed that she fired LaBeouf to “protect” the “safe, trusting environment” she wanted to create on set of “Don’t Worry Darling.”

“His process was not conducive to the ethos that I demand in my productions,” she told Variety. “He has a process that, in some ways, seems to require a combative energy, and I don’t personally believe that is conducive to the best performances.

“I believe that creating a safe, trusting environment is the best way to get people to do their best work. Ultimately, my responsibility is to the production and to the cast to protect them. That was my job.”

LaBeouf reportedly had scheduling conflicts, but a December 2020 lawsuit filed by his ex-girlfriend, FKA Twigs, reported physical, mental and emotional abuse. The suit is ongoing and set for an April 2023 trial.

“A lot came to light after this happened that really troubled me, in terms of his behavior… Particularly with a movie like this, I knew that I was going to be asking Florence to be in very vulnerable situations, and my priority was making her feel safe and making her feel supported,” Wilde said.

Shia LaBeouf hit back at Olivia Wilde’s claim she fired him from the “Don’t Worry Darling” production. The actor is also in Venice for the premiere of “Padre Pio.”
(Emma McIntyre/Getty Images for HFA)

LaBeouf recently addressed claims he was fired from “Don’t Worry Darling” in an open-letter to director Wilde, and admitted he was now 627 days sober. FKA Twigs’ lawsuit was filed in Los Angeles on Dec. 11, 2020, three days after he began his sobriety journey.

“I have a little girl, Isabel; she is five months old and just beginning to develop the last half of her laugh; it’s AMAZING. Mia, my wife & I have found each other again & are journeying toward a healthy family with love and mutual respect,” he wrote.

“My failings with Twigs are fundamental and real, but they are not the narrative that has been presented. There is a time and a place to deal with such things, and I am trying to navigate a nuanced situation with respect for her and the truth, hence my silence. But this situation with your film and my ‘firing’ will never have a court date with which to deal with the facts. If lies are repeated enough in the public they become truth. And so, it makes it that much harder for me to crawl out of the hole I have dug with my behaviors, to be able to provide for my family.”

He added: “Firing me never took place, Olivia. And while I fully understand the attractiveness of pushing that story because of the current social landscape, the social currency that brings. It is not the truth. So I am humbly asking, as a person with an eye toward making things right, that you correct the narrative as best you can. I hope none of this negatively effects you, and that your film is successful in all the ways you want it to be.”

LaBeouf is also in attendance in Venice as “Padre Pio” is set to premiere.