A 26-year-old reality TV star who married a local councillor 35 years her senior is among the newly elected Tory MPs who helped smash Labour’s red wall.

Dehenna Davison, who made the headlines in 2015 with her marriage to 59-year-old  John Fareham, won Bishop Auckland in County Durham, which had been held by Labour since 1935.

Following her triumph, she paid an emotional tribute to her late father, who was killed by a single blow to the head when she was 13.

Sheffield-born Ms Davison said she was motivated by her father Dominic’s memory, and the tragedy inspired her to make a difference. 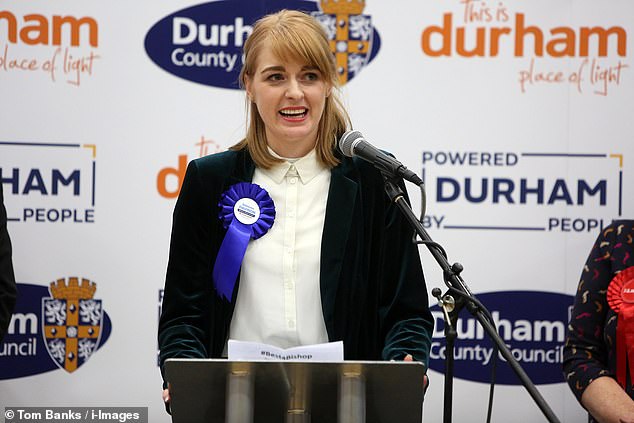 She said: ‘It gave me a very clear sense of injustice I grew up overnight, literally overnight.’

The young Tory recalled how she sat in a hospital waiting room as doctors battled for 45 minutes to save her father’s life.

‘I can still picture it. I can tell you what the colour the walls were and everything,’ she said. ‘They [the doctors] stopped and I went to see my dad’s body, which is not something you expect to do at such a young age.’

His alleged attacker was found not guilty of murder, and by the age of 16, Ms Davison was representing her family at a criminal injuries compensation tribunal.

In an emotional Twitter post after the election, she posted a picture of her parents and grandmother, writing: ‘I did it for them.

‘Nannan, thank you for inspiring me to be the best version of myself.’

Before becoming victorious in the recent General Election, Ms Davison featured on Channel 4’s Bride & Prejudice alongside Coun Fareham in 2018, in a bid to convince her grandfather – who was just eight years older than the groom – they were a good match. 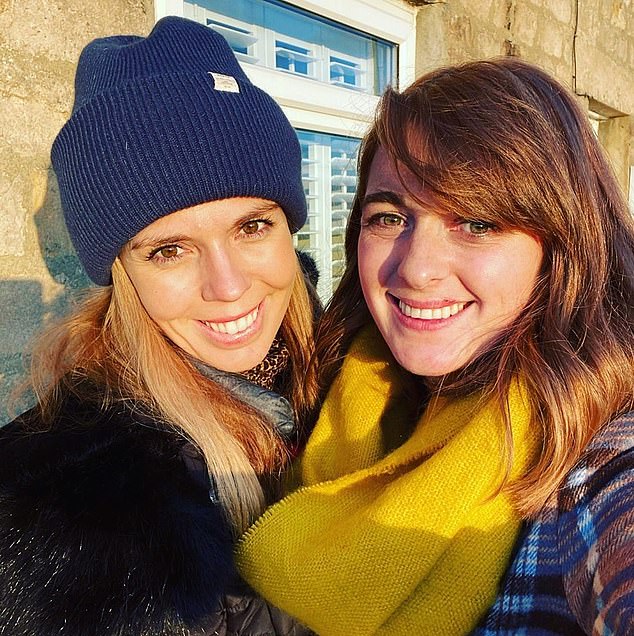 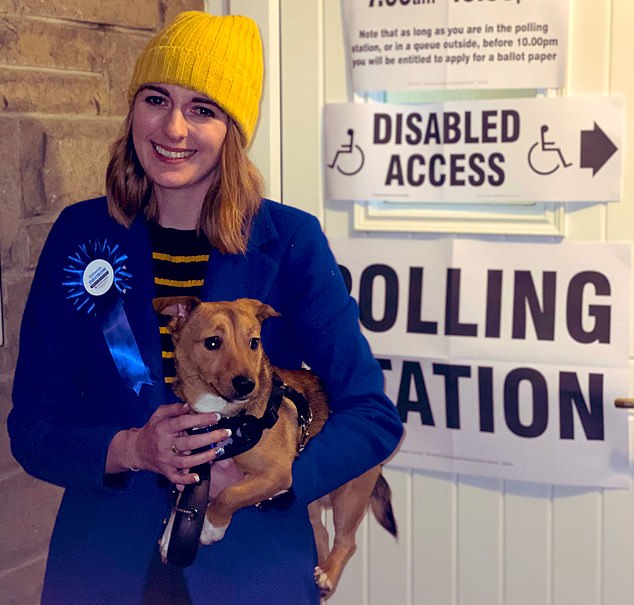 Following her triumph, she paid an emotional tribute to her late father, who was killed by a single blow to the head when she was 13

The couple met while Ms Davison was studying politics at the University of Hull, when Coun Fareham was 59, and their romance blossomed when they were out campaigning in Hull North, where she stood as a candidate in 2015.

They were brought closer together after being confronted by an angry voter, they said.

Coun Fareham popped the question in September 2015, and she said in the show: ‘Age doesn’t matter if two people really care about each other.’

He said at the time: ‘I had asked her before, but she told me to ask her properly.

‘At my age, going down on one knee was going to be a bit tricky. It wasn’t the going down, it was the getting back up again.’

Ms Davison joined the Tory party when she was just 15, and spent a year working as a Parliamentary aide for Jacob Rees-Mogg.

The former computer game shop, who has received support on the campaign trail from Mr Johnson’s girlfriend Carrie Symonds, said politics was about helping people ‘get their benefits claim through, getting a pothole filled’.

In her acceptance speech, she said: ‘The honour of being an MP is also a chance to shape a better Britain.

‘This election is not about maintaining the status quo. It has been a vote for change to transform and unite our nation.’