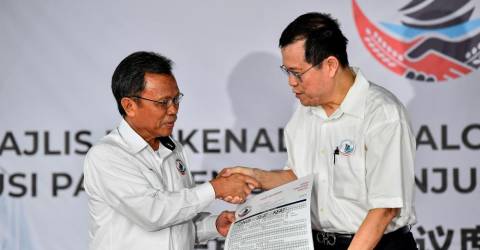 KUALA LUMPUR: After retiring from the world of politics for five years, former MCA president Tan Sri Ong Tee Keat is back in action in the Pandan parliamentary seat as a Warisan candidate in the 15th general election (GE15).

He previously held the Ampang parliamentary seat for two terms from 2004 to 2013, after serving four terms from 1989 as Ampang Jaya MP.

When met, Ong said he made the decision to return to the political arena out of concern for the residents of Pandan parliamentary constituency as well as the desire to unite the people regardless of religion and race.

“In addition, this is to show support to my friend (Shafie),“ he said when met by reporters after the ceremony.

Previously, Ong was a member of MCA for 18 years before deciding to join Warisan.