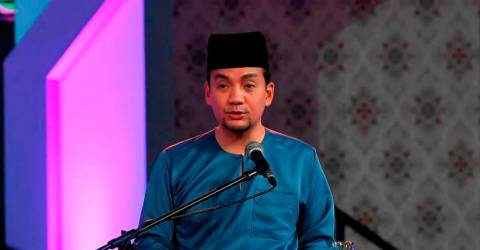 JOHOR BAHRU: Johor Menteri Besar Datuk Onn Hafiz Ghazi has urged all parties to refrain from issuing statements that could disrupt the administration of the state government.

He said Johor remains stable under the auspices of the Sultan of Johor Sultan Ibrahim Sultan Iskandar.

“I once again urge parties not to issue any statement that could interfere with the Johor government administration,” he said in a Facebook posting today.

The post was accompanied by a news link of Johor Pakatan Harapan appealing for the state’s discretion to allow its elected representatives to sit on the District Development Action Committee (JTPD).

Earlier, Johor PKR deputy chairman Jimmy Puah Wee Tse reportedly said that this was to ease work coordination since the PH and Barisan Nasional were now allies at the federal level.