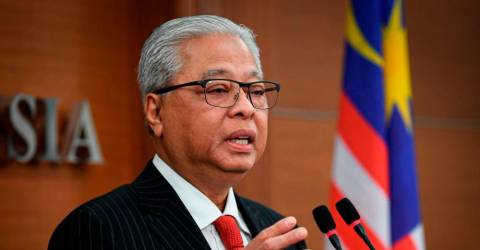 He said with the opening of the new line, the government was confident that areas located along the alignment, such as Jinjang, Sungai Buloh, Kepong and Bandar Sri Damansara, would develop more rapidly to be on par with other areas.

Apart from that, Ismail Sabri said the MRT Putrajaya Line was also expected to become the catalyst for improving connections between residents and communities, especially those living close to the line.

“It will be easier for the people to move and commute to work, to socialise and to access other public facilities,” he said.

“I hope members of the Malaysian Family will take this advantage to try using public transport by parking their cars at the Park N Ride facility and take a ride on the MRT,” he said.

Meanwhile, Ismail Sabri said the full opening of the MRT Putrajaya Line was expected to record an initial daily passenger count of over 104,000 and was hoped to reduce traffic congestion currently plaguing the capital.

The prime minister said it was also the government’s aspiration to provide a safe, efficient, sustainable and reliable public transport system for the Malaysian Family in accordance with the National Transport Policy.

He said the provision of public transport would also be improved so that all members of the Malaysian Family could enjoy better access to services and smoother connectivity as outlined in the 12th Malaysia Plan.

“This is also one of the main agendas of the government to revive and stabilise the country’s economy and ensure the wellbeing of the Malaysian Family,”-Bernama