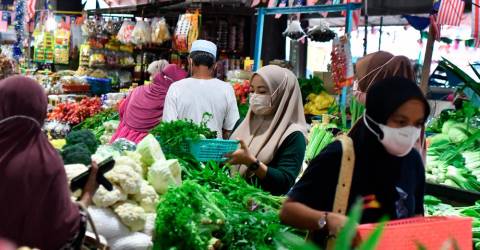 The Associated Chinese Chambers of Commerce and Industry of Malaysia (ACCCIM) small and medium enterprises (SMEs) committee chairman Koong Lin Loong said each time the OPR is raised, there is a significant impact on SMEs, The Malaysian Insight reports.

“The SMEs are still in the post-pandemic recovery phase. Businesses are now worried about their cash flow as borrowing will be expensive.

“During the pandemic, businesses slowed down and even totally shuttered to comply with the movement control order in the past two years, which depleted their financial reserves.

“Some companies are repaying their current outstanding loans out of their own pockets,” he reportedly said.

Koong said BNM is well aware of the situation the SMEs are facing as it has data that shows many companies restructuring their loan repayments.

Koong suggested SMEs to create a “rainy day” fund, which their companies can dip into for the next three or six months or even the next year so they do not have to go to banks to borrow money to ease their cash flow.

SME Association of Malaysia president Ding Hong Sing said the latest interest rate hike could trigger another wave of inflation next year, and that the hike will definitely have an impact on the operating costs of SMEs.

BNM on November 3 announced the increase in OPR is the country’s fourth consecutive interest rate hike since May this year, a move that the central bank’s monetary policy committee explained as a further adjustment to monetary easing.