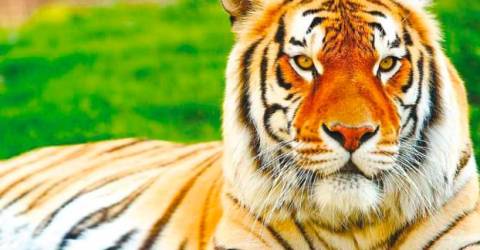 GUA MUSANG: Around 2,000 villagers in Pos Bihai and Pos Balar here have appealed that safety controls in the area be increased following the tiger threat since several days ago.

“Previously we have conducted controls together with the Kelantan Wildlife and National Parks Department (Perhilitan) by placing three traps, but the tigers roaming around avoided them..

“Consequently, after a meeting held last Tuesday (Jan 4), a decision was made that the method of capture needed to change,” he said when contacted by Bernama here today.

Mohd Syahbuddin said that he requested that the villagers do not come out of their houses unnecessarily as a temporary measure, especially in the areas tigers were seen roaming in Pos Bihai and Pos Balar.

Mohd Syahbuddin also said that as a safety measure, Sekolah Kebangsaan (SK) Bihai and SK Balar were closed to avoid any incidents of students bumping into the tiger that is believed to be still roaming in the area.

“To assist the affected villagers, food provisions have been distributed since Dec 16 when they were moved from Kampung Remau to Kampung Tendrik,” he added.

Meanwhile Perhilitan Kelantan director Mohamad Hafid Rohani said the department believed the tiger that was roaming around the Orang Asli settlement in Pos Bihai could be infected with the Canine Distemper virus (CDV).

This was based on observations by the team tracking the tiger who also found several tiger stool samples that tested positive for the virus.

He said that it was not known if the positive samples came from the three tigers they were tracking or another tiger pack.

“Based on the information from the Veterinary Services Department (VSD) the tiger may have been infected by domestic animals such as dogs or cats.

“If infected, the tiger will change its behaviour, including being unafraid of humans, confused and affect its predatory instincts to a degree that it will be harmful to its health,” he added.

Mohamad Hafid said the situation in Pos Bihai might turn out to be similar to a case of a tiger caught by the department in Terengganu in 2019.

“We will continue tracking the sick tiger and send it to the National Wildfire Rescue Centre (NWRC) in Sungkai, Perak,” he added. — Bernama