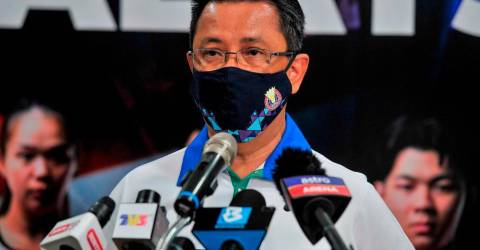 KUALA LUMPUR: The Olympic Council of Malaysia (OCM) will soon discuss with the government the concept for hosting the SEA Games in 2027, said OCM president Tan Sri Mohamad Norza Zakaria(pix).

He said the biennial games could be staged just in and around the federal capital as was done previously or be shared with other states as co-hosts.

“Our country has that kind of complete facilities (to host SEA Games), but whether we want to bring it outside (of KL) and assist those states to develop infrastructure, that’s a combination between federal and state level (decision).

“Some states may say that they also have existing facilities that can be refurbished and bring it to SEA Games level,” he told reporters after chairing the OCM executive board meeting at Wisma OCM here today.

Mohamad Norza said OCM also needed to work out preparations for the Malaysian contingent to ensure the country could perform well in the regional games.

Meanwhile, Mohamad Norza said so far there were no doping cases involving Malaysian athletes at the SEA Games in Vietnam from May 12 to 23.

On the next SEA Games in Cambodia from May 5 to16 next year, he said the list of sports to be contested would be decided at the SEA Games Federation meeting on July 2 and 3 in Phnom Penh.

“Chef de mission (CDM) Datuk Nur Azmi Ahmad will hold a post-mortem with all team managers to prepare the CDM report soon. Based on the feedback from national sports associations, we can actually push for and defend sports that want to be included,” he said.-Bernama