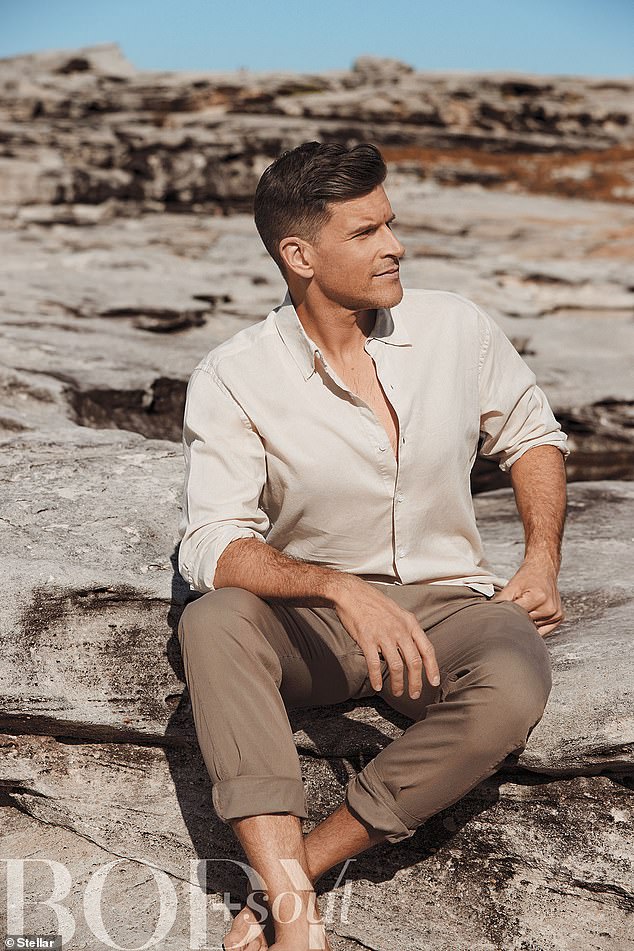 Osher Günsberg has previously spoken about his past battle with alcoholism and mental health issues.

But despite being sober for 10 years, the Bachelor Host revealed to Body + Soul this weekend that he still has to be ‘so careful’ every day.

‘I watch my input of what I look at, read and listen to, and also the people spend time with. I have to be so careful with that,’ he said.

‘I know I’m an addict’: Bachelor host Osher Günsberg (pictured) revealed to Body + Soul that after his battle with alcoholism he still has to be ‘so careful’ every day despite being sober for the last ten years

The 46-year-old explained even something as simple as playing a video game could send him spiralling down a dark path.

‘I know I’m an addict. I’m an alcoholic. I don’t have addictive things in my house,’ he said.

‘I haven’t owned a gaming console since 2008, because I know that I’ll lose myself in one of those games,’ he added. 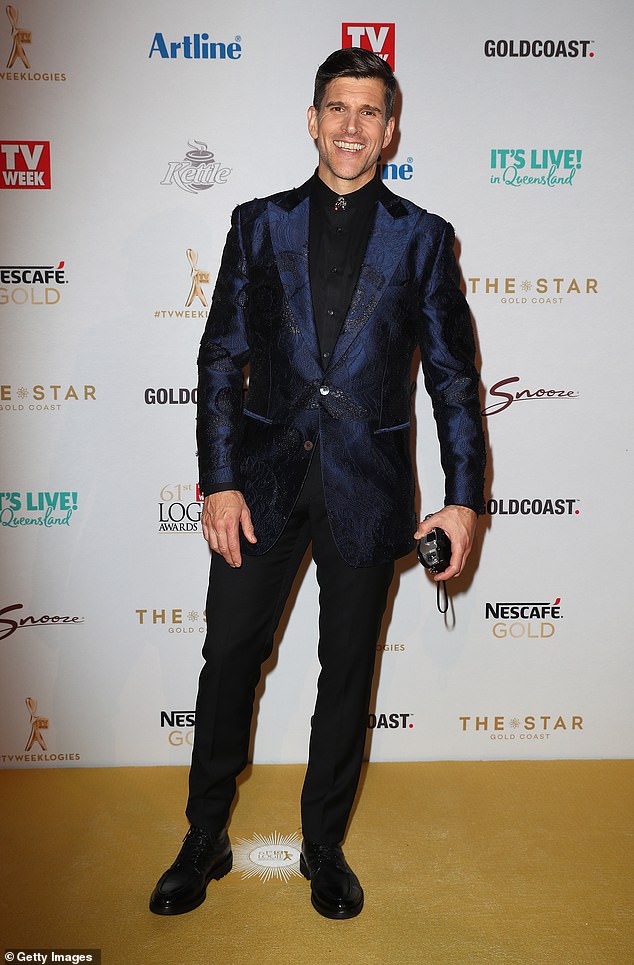 Slippery slope:  The 46-year-old explained even something as simple as playing a video game could send him spiralling down a dark path. ‘I haven’t owned a gaming console since 2008, because I know that I’ll lose myself in one of those games,’ he said

Instead, The Masked Singer host prioritises looking after his mental health, especially making sure he gets enough ‘sleep and exercise’.

While Osher is now a family man who prefers to spend his time at home with his wife Audrey Griffen and his 11-month-old son Wolfie, his drinking was previously so bad that he barely remembers filming three seasons of Australian Idol.

Osher told Now To Love last year: ‘I did it, I was there, I remember parts of it… but I don’t remember seasons two, three and four basically.’ 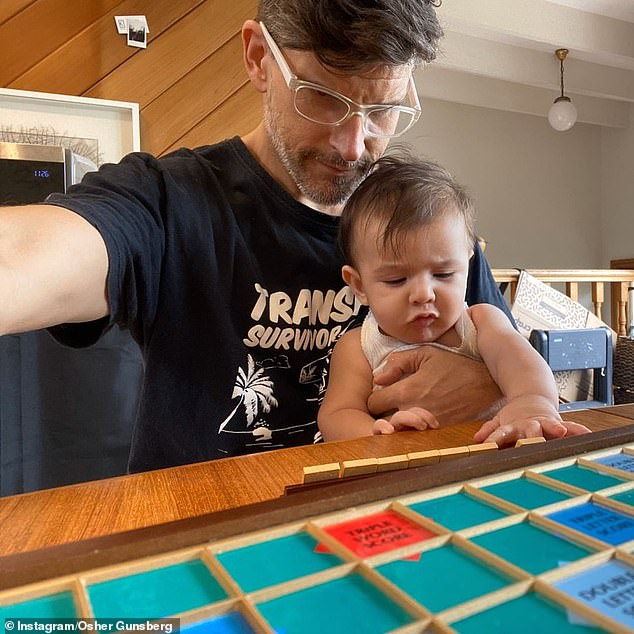 Family man:  These days Osher is a dedicated father and husband, preferring to spend his time at home with wife Audrey Griffen and his 11-month-old son Wolfie (Osher is pictured with Wolfie)

The father-of-one admitted that he doesn’t even recognise himself when watching old Idol footage from his ‘Andrew G’ days.

‘I don’t even know who he is. He is a stranger to me,’ he said. ‘Life was very different for me, I was drinking a lot. But the kind of man I was back then is very different to the man I am now.’ 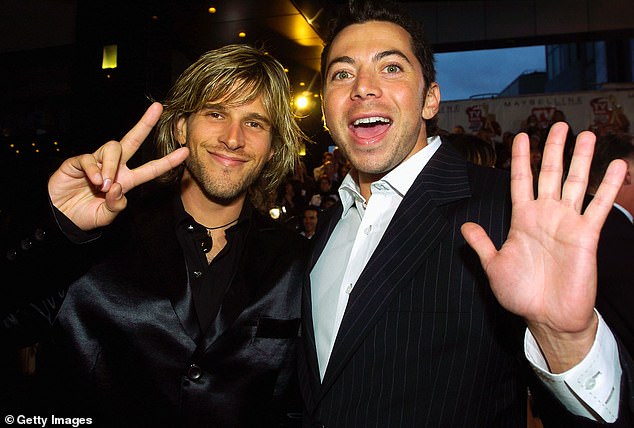 ‘I was there, but I’m missing parts of it’: Osher admitted to Now To Love last year that he doesn’t remember three seasons of Australian Idol because he was ‘drinking a lot’. Pictured in April 2004 with James Mathison

In 2012, he changed his name from Andrew G to Osher Günsberg after meeting a shaman in Tel Aviv three years earlier who told him about the ‘power of a name’.

He was announced as the host of The Bachelor Australia in 2013, which marked the beginning of a career renaissance for the former Channel [V] star.

The TV personality has made no secret of his alcoholism and mental health battles, which he documented at length in his 2018 memoir Back, After the Break. 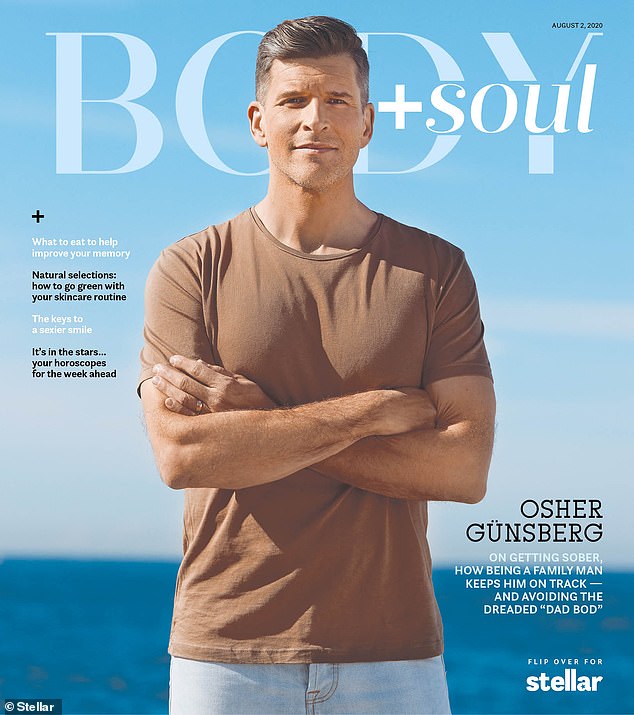 Read more: The latest issue of Body + Soul is out now