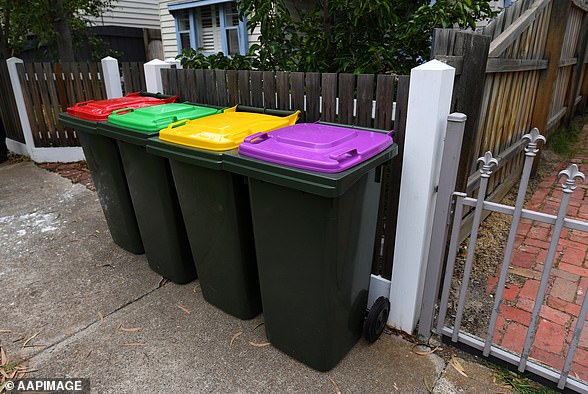 Millions of Victorians will soon have to sort their waste into four separate bins in a major overhaul to the state’s recycling system.

The initiative will cost the state government $515million with residents to transition to using four bins, including a new glass-only purple one, by 2030.

In 2021, the bins were introduced in areas across regional Victoria and Melbourne’s outer suburbs with plans to eventually include every household.

Residents in those 13 councils were used to trial the scheme, which officials have touted as the first recycling overhaul of its kind in Australia. 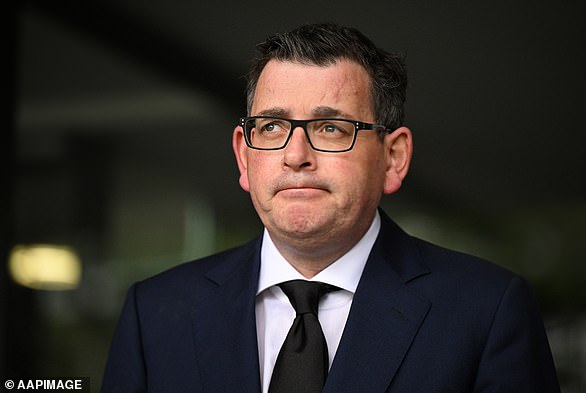 The initiative will cost the state government $515million with residents to transition to using four bins, including a new purple one, by 2030 (pictured, Victorian Premier Daniel Andrews)

The purple bin will be used for glass in addition to red, yellow and green bins.

Soft plastics, wrappers and soiled food containers can be put in the yellow bin, with residents having to take some plastics to supermarkets to recycle.

The green FOGO bin (Food Organics Garden Organics), is used for organic waste, while the red bin is used for general household waste. 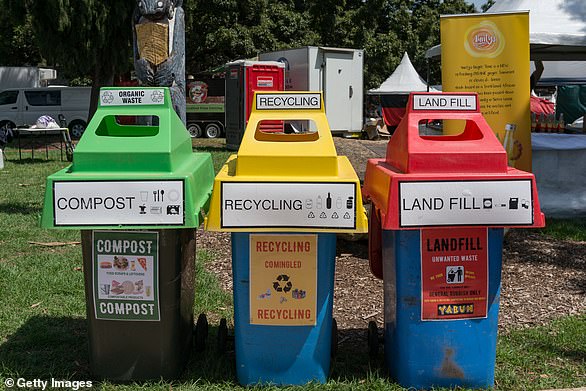 ‘We’re the first state in Australia to roll out the same bins to every household, and the first to include soft plastics and pizza boxes in those bins,’ she said.

Ms D’Amboriso said the new system would save 650,000 tonnes of organic waste from entering landfill, boost Victoria’s economy by up to $6.7 billion by 2030 and create nearly 4000 jobs.

Frankston, in Melbourne’s southern suburbs, is next on the list to join the container deposit scheme and will receive the new purple bins in 2023.

Australia’s states and territories all use different systems to allocate garbage bins. 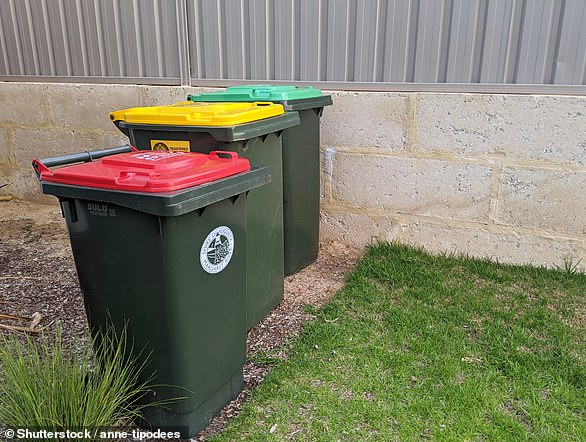 Western Australian residents have three bin systems they can choose from, with many opting for red (waste), yellow (recyclables) and green (plant materials) – a fourth bin is pending for many purely for organic waste

Some households may also have a maroon-lidded bin for food scraps, for residents in the Inner West and City of Sydney council areas.

In Queensland, residents are encouraged to divide their bins into general waste, recycling and garden waste.

South Australia operates under a three-bin system, with a red bin for general waste, yellow bin for recyclables and a green bin for items such as food scraps, paper towels, tissues and garden scraps. 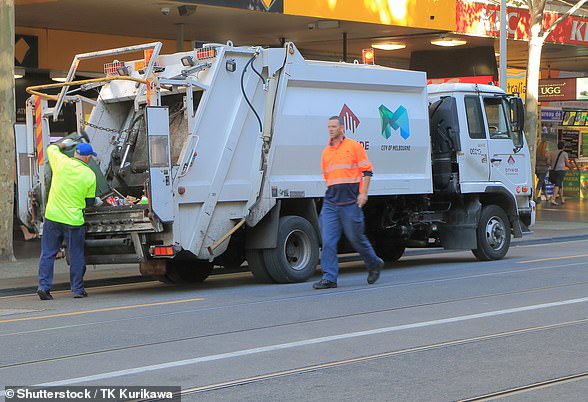 All Victorian households will have to sort their waste into four separate bins by 2030, under new laws to be introduced to state parliament (stock image of people collecting garbage)

Tasmanians have successfully implemented the organic waste bins along with the standard household rubbish bin which has either a red, dark green or black lid, and a classic yellow-lid bin for recyclables.

In the ACT, most homes feature a standard 140 litre red-lid garbage bin and a 240 litre yellow-lid recycling bin. Residents can apply for a green bin for organic waste for a one-off registration fee of $50.

Typically, WA households have three bin systems to choose from. The two-bin system sees residents allocated one yellow bin for recyclables and one red bin for general waste.

The Top End operate using the two-bin model. Residents can divide their waste between two bins – a red-lidded bin for general waste and a yellow-lid bin for recycling.