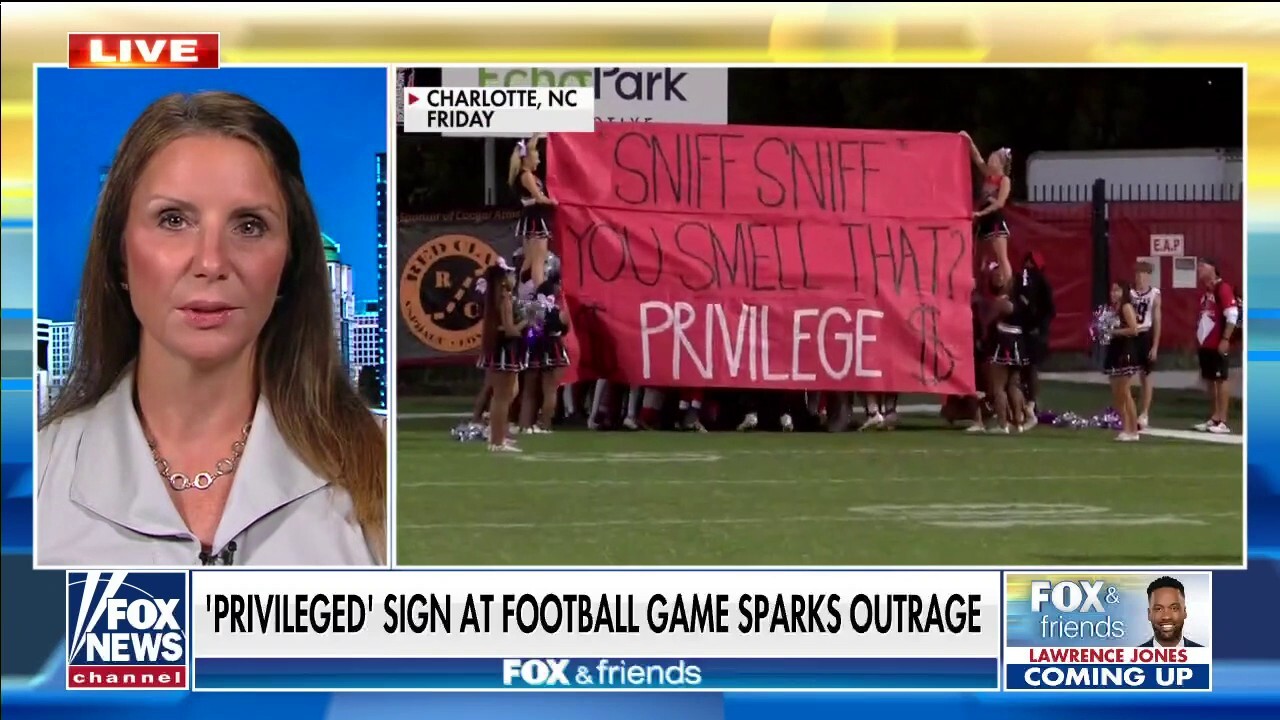 Butler High School cheerleaders held up the sign, which read “Sniff, sniff. You smell that? Privilege,” surrounded by dollar signs, as the football players ran through it and onto the field.

The word “privileged,” however, was written in white text, which Swanson believes has a deeper meaning.

“I know a lot of parents didn’t catch on really quickly what the privilege meant — that it was written in white. But just based on my own son and what I deal with on a daily basis and what I try to teach him, I picked up on ‘White privilege’ right away,” she said on “Fox & Friends.”

TENNESSEE HIGH SCHOOL FOOTBALL PLAYER SPEAKS OUT AFTER LEADING TEAM IN PRAYER: ‘I HAD TO DO THAT’

Swanson, a single mother of a biracial son, doesn’t consider herself privileged and considers the sign racist.

“I hate to use that word, but yes,” she told Fox News’ Ainsley Earhardt. “It was definitely geared towards the White, rich, privileged folks that they think are the only people at the Catholic school.”

Swanson said she is disappointed with the school, which she believes was aware of the sign before it was displayed at the game.

“The parents, the coaches, the school administration — they all allowed this to happen,” she said. “That’s where the problem lies.”

The Butler High School cheerleaders have since sent an apology to their counterparts at Charlotte Catholic High School, and the school district released a statement saying the squad members and adults responsible for oversight will be held accountable and face consequences. There is also a meeting planned between the schools’ cheer squads to “facilitate goodwill and understanding.”

Swanson was happy with the resolution and said she didn’t want to see any of the students suspended. Rather, she wants parents and school officials to address what happened.

“When the children are allowed to do this, and the parents and the adults aren’t stopping it, it’s only going to continue.”