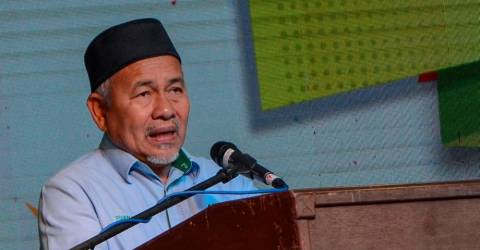 He said out of that total, 106.2 km of dilapidated asbestos cement (AC) type pipes have been replaced in stages.

“The total length of dilapidated AC pipe replacement in Kelantan is estimated to be 4,491 km, which can be used for 35 to 40 years, as the water pipes in Kelantan are over 40 years old.

“We are currently replacing dilapidated pipes in several areas to ensure that clean water can be supplied to the people of Kelantan,“ he said at the Perikatan Nasional’s (PN) daily press conference here today.

Tuan Ibrahim added that there are four construction Water Treatment Plants (LRA) in Kelantan that have started operating with a capacity of 44 million litres per day.

“When all the new LRAs are operating at full capacity, the water supply coverage rate in Kelantan is expected to be increased from 73.1 per cent to more than 80 per cent,“ he said.

He said KASA will also build four more new LRAs in Kelantan which are expected to be fully completed in 2025 with an allocation of RM 664.8 million.