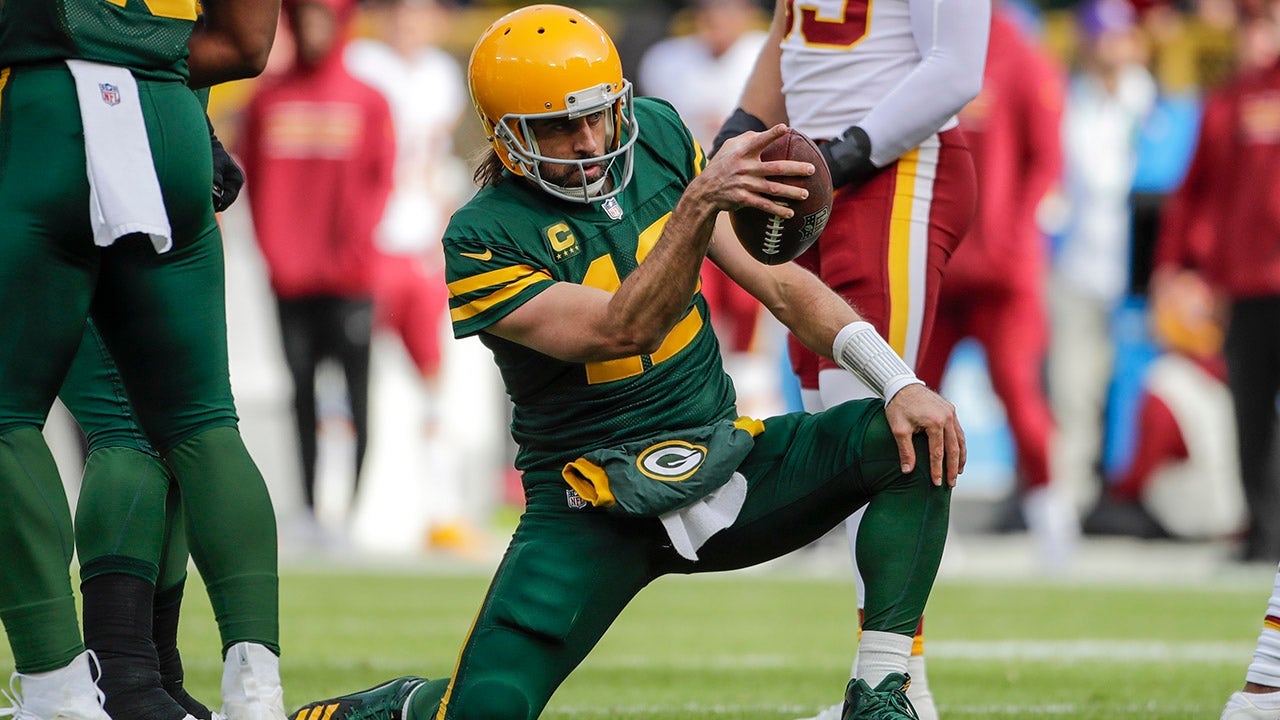 Aaron Rodgers can do almost anything on the football field and the Green Bay Packers star proved that in the first quarter against the Washington Football Team on Sunday.

On 4th-and-3 with 7:20 to play in the fourth quarter, Green Bay decided to shoot for the first down. Rodgers rolled to his right and it appeared the Washington defense was going to stop the Packers and force the turnover on downs.

Green Bay Packers’ Aaron Rodgers runs for a first down during the first half of an NFL football game against the Washington Football Team Sunday, Oct. 24, 2021, in Green Bay, Wisconsin.
(AP Photo/Morry Gash)

Never fear, Rodgers’ trusty target got space just before the defense got him.

As he was falling down, Rodgers threw the ball across his body and found Davante Adams, who managed to avoid any Washington defenders and score the Packers’ first touchdown of the game.

LIONS’ JARED GOFF ON LAST MOMENTS WITH RAMS: ‘SOME DISRESPECT FELT TOWARD THE END’

Green Bay Packers’ Davante Adams celebrates his touchdown catch with Randall Cobb during the first half of a game against the Washington Football Team Sunday, Oct. 24, 2021, in Green Bay, Wisconsin.
(AP Photo/Morry Gash)

Rodgers and Adams have been on point all season long and they don’t appear to be stopping any time soon.

Green Bay entered the game against Washington 5-1 on the season and in control of the NFC North.

Green Bay Packers’ Aaron Rodgers celebrates his first down run during the first half of a game against the Washington Football Team Sunday, Oct. 24, 2021, in Green Bay, Wisconsin.
(AP Photo/Aaron Gash)

Rodgers has 1,436 passing yards, 12 touchdown passes and three interceptions through the first six games of the 2021 season. Adams came into the game with a league-leading 46 catches for 668 yards. He only had two touchdowns on the season but scored another one early against Washington.