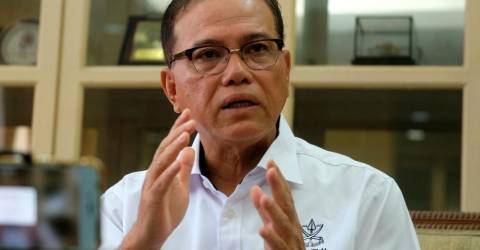 JERANTUT: The Pahang government is waiting for the view of the state legal advisor before declaring a public holiday on the eve of polling day, said Menteri Besar Datuk Seri Wan Rosdy Wan Ismail (pix).

He said the matter required careful study as the state election and 15th general election (GE15) would be held on the same day following the dissolution of the state legislative assembly on Oct 14.

“I have discussed this with the state legal advisor and am still waiting for a decision. I will make an announcement as soon as the matter is finalised,“ he told reporters at the launch of the Rumah Pahang project at Felda Sungai Retang here today.

Earlier, Selangor, Penang and Negeri Sembilan declared Nov 18 as a public holiday to allow those who work and reside in the states to return to their polling areas to fulfill their civic duty.

The terrace houses, each with a built-up area of 800 square feet, are sold at RM120,000, with priority given to second generation FELDA settlers.

“This is part of the state government’s efforts to ensure that the people in Pahang have their own homes,“ he said.

Wan Rosdy said apart from Rumah Pahang, other initiatives taken by the government to help the people own a house are the Rumah Rakyat Pahang programme where a house is given free to those eligible and the Rumah PR1MA and Rumah Makmur projects where the houses are sold below the market price.

In addition, he said the Tanah Warisan scheme was introduced to help the low income group build homes on land lots provided by the government at a premium payment of RM10,000. – Bernama