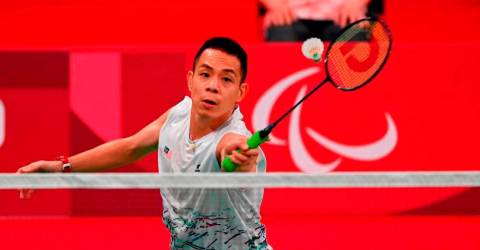 The 34-year-old wrested his SU5 (physical impairment) singles title from arch-rival Dheva Anrimusrhi of Indonesia with a 21-14, 21-12 win at the Yoyogi National Gymnasium.

The Kuala Lumpur-born, however, was unable to celebrate a double victory when he failed to bag his sixth men’s doubles world title.

Still, it was a sweet victory for Liek Hou, who lost the title he won four times in a row, following a semi-final loss to Dheva in the 2019 edition.