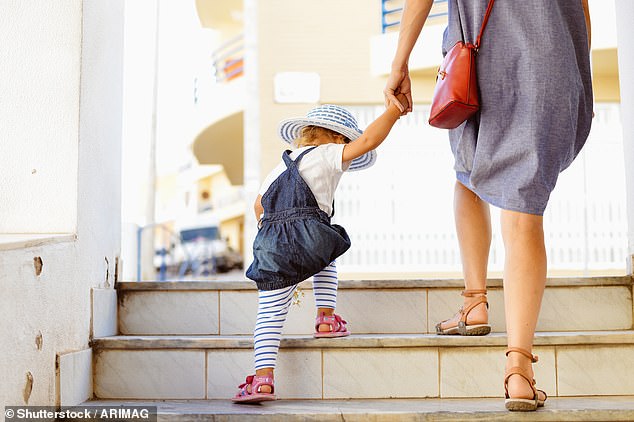 Wealthy families are so desperate to secure super nannies that they are resorting to ‘dirty tactics’ and offering eye-watering salaries, a nanny agency founder has revealed.

Lucy Challenger, the founder of upmarket London nanny agency Polo and Tweed, told the Sunday Telegraph that a current shortage of nannies and au pairs post Brexit has seen wealthy families court their friends’ nannies, showering them with gifts and promises of an extravagant lifestyle in the hope that they’ll jump ship and look after their children instead.

Perks include, but are not limited to, £70,000 annual salaries, regular spa treatments, luxury cars and holidays abroad – with one family even throwing the lure of an all-expenses paid Chelsea flat into the deal.

Wealthy parents are offering nannies £70,000 salaries, gym memberships, cars and flats with all expenses paid due to a shortage with child-minders (stock image)

Nannies are increasingly aware of their earning power, with some asking families to fill out formal offers outlining the benefits they’ll receive under their employment, including gym memberships, paid driving lessons and weekends away in the families’ holiday homes.

Challenger said parents who wish to keep their nannies should give them generous pay rises as soon as possible to avoid them being poached by someone else.

‘I heard of one family who stole their friends’ nanny after they’d seen how good she was while at a dinner party at their house. They subtly got hold of her number and offered her a £70,000 salary and a Range Rover as a signing bonus,’ Challenger said.

Some parents have reportedly staged meet-ups with their friends’ nannies to poach them too, offering up to £25,000 pay increase and cars.

One woman also wooed her friend’s nanny by becoming her shoulder to cry on.

Challenger said families should give their nannies a raise if they want to keep them. 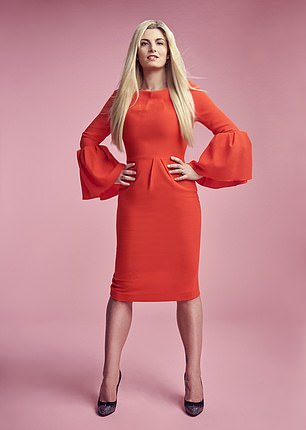 Lucy Challenger, pictured, said parents who wish to keep their nannies should give them raises

‘You’ve got to be a really nice person to work for – there’s never been a better time to be a professional nanny,’ she said.

The pandemic and Brexit have reduced the numbers of foreign nannies in the UK, with many returning home at the start of 2020, and staying  there.

According to research by Childcare.co.uk, there are now 20 per cent fewer nannies looking for jobs in the UK than there were last year, while searches for nannies are up by 30 per cent.

There have also been fewer au-pairs available to work for the same family, due to the fact only European au-pairs with a pre-settled status under the EU Settlement Scheme can now work in the UK post-Brexit or a Youth Mobility visa if they’re coming from Australia and New Zealand.

This has led to bidding wars between families hoping to snatch a au-pair, with 18 to 19-year-olds without any childcare experience earning £350 per week, as well as incentives like gym memberships, retail vouchers and other perks.

Some parents are also wooing their children’s schoolteachers with the promise of more money for less work.

Nanny salaries have shot up by 20 per cent in the past year, according to Nannytax.co.uk, with the most experienced now earning £100,000, according to Natasha Earl, director of upmarket nanny agency Burlington Nannies (burlingtonnannies.com).

Research by Nannytax.co.uk found that nanny salaries rose by 20 per cent in the past year, and the most experienced nannies can expect a whopping £100,000 a year.

However, Challenger noted that working for a wealthy family comes with its own challenges, including limited time off, inflexible hours and high expectations.

For these reasons, she predicts a mass exodus from teaching to nannying for the super rich is unlikely.

And while wealthy parents can afford a rise in nanny prices, families on lower salaries are struggling to source affordable childcare.

One mother who works as a neurologist for the NHS said she has been priced out of nanny agencies and has to rely on students to babysit her children when she is at work.

She added that many NHS staff had to cut back their hours because of the cost of childcare, at a time where the NHS is already short on staff.

However, the bidding war has reached those university students as well, with one agency director saying she’s witnessed fights breaking out between parents offering to double some nannies salaries.