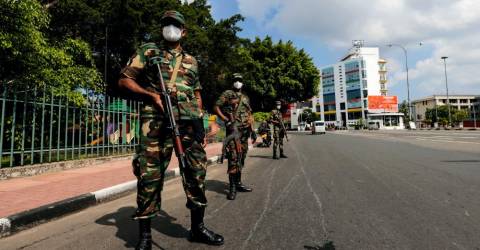 He told reporters that a large number of railway employees were not able to reach their duty stations due to the curfew lifted on 6 a.m. local time on Monday, which also affected a large number of commuters in the morning.

Seneviratne said things are expected to return to normal by Tuesday, reported Xinhua.

Sri Lanka Railways operates around 396 trains including 67 long-distance and 16 intercity trains, and transport about 3.72 million passengers per day.

A 36-hour curfew came into force on Saturday evening and was lifted early Monday in a bid to ensure law and order in the country.