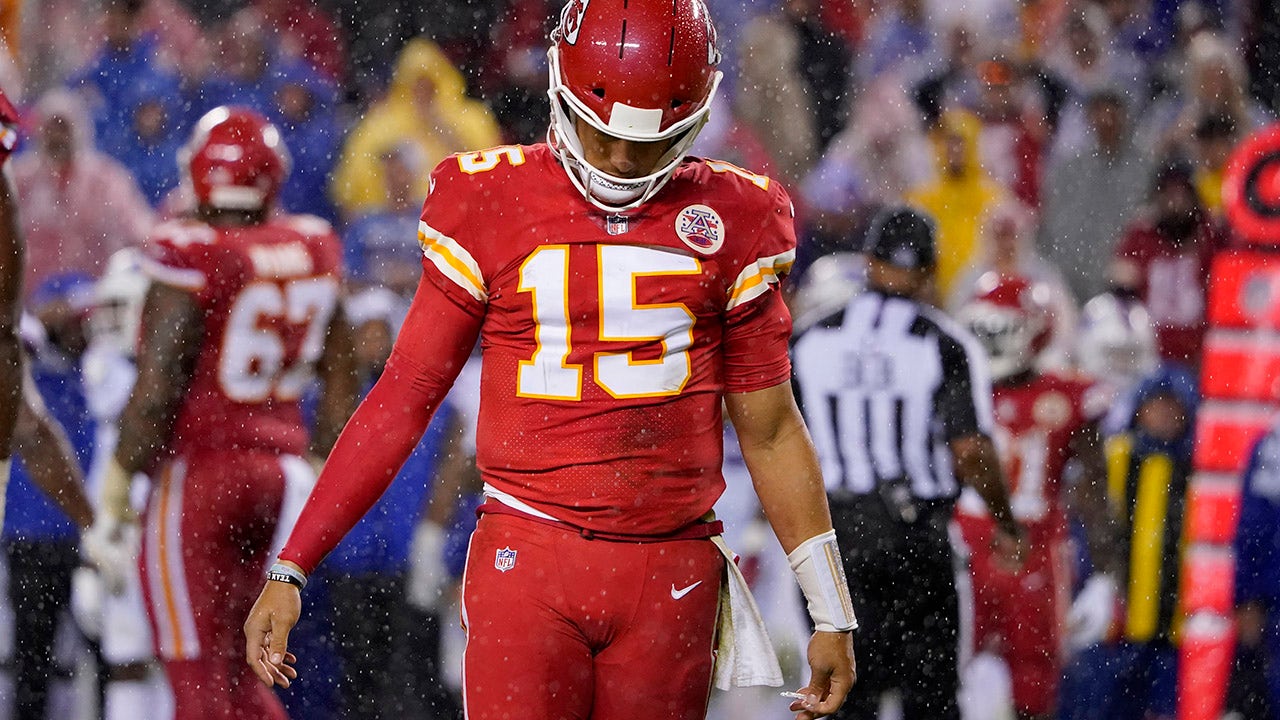 Chiefs QB Patrick Mahomes has often been compared to Hall of Famer Brett Favre and his glory days in Green Bay, though this year, after five weeks, Mahomes better resembles Favre’s tenure as a New York Jet.

Over the first two weeks of the season, Mahomes played as expected — otherworldly. He tossed six touchdowns against just one interception and threw for over 330 yards. Since then, he’s added five more picks, and now the Chiefs stands at just 2-3.

“It starts with me,” said Mahomes following the Sunday loss to Buffalo in which he threw two picks and lost a fumble. “Three of them were on me. The interceptions and fumble at the end of the game, and so I have to correct that, I have to be better. It’s something that I’ve not usually done in my career, but I have to reevaluate where I’m at, what decisions I’m making, so once we do that, we kind of hurt ourselves, I think we’ll find ways to score points. Turnovers are a huge deal in this league. Turnover margin usually decides games, so it’s something we have to correct if we want to win these football games.”

Mahomes’ six interceptions through five weeks are already tied for the most he’s thrown in a season since 2019, and there are still 12 games left to play.

Kansas City’s inconsistent start to the season isn’t just the fault of their quarterback. The entire team has struggled. However, Mahomes remains confident: “It’s just about coming together now and finding a way to do that. We’ve had spurts here and there offensively, defensively, special teams, stuff like that. But at the end of the day, it’s about coming together as a team because in this league it’s not about good players, it’s about good teams.”

A vintage Favre-like performance from Mahomes and the Chiefs next Sunday in Washington would sure help this suddenly reeling Kansas City team.