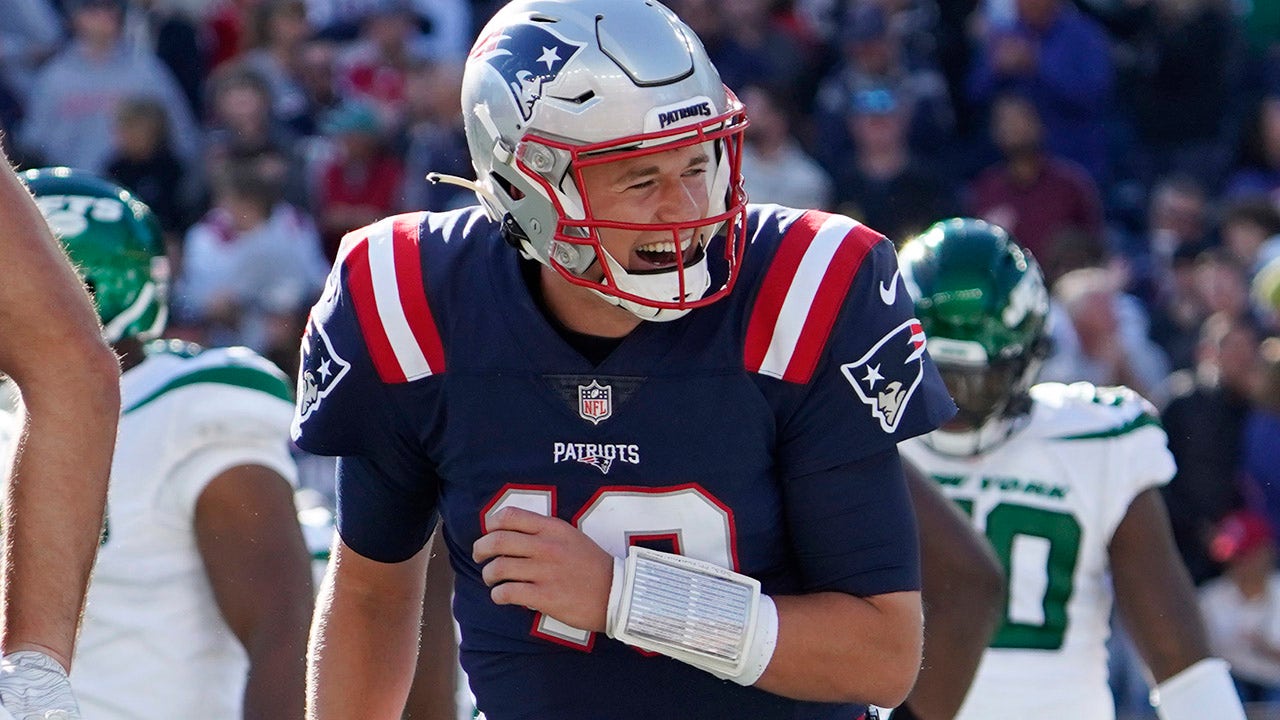 New England Patriots rookie Mac Jones put together one of his best games yet – 24-for-36 passing for 307 passing yards, two touchdowns and no interceptions — in a 54-13 over the New York Jets last week.

Jones, who is set to face one of the top teams in the AFC in the Los Angeles Chargers this week, talked to WEEI radio’s “Merloni and Fauria” Monday and divulged some of his pregame rituals.

New England Patriots running back Brandon Bolden (25) celebrates with quarterback Mac Jones (10) after a touchdown during the first half of a game against the New York Jets, Sunday, Oct. 24, 2021, in Foxborough, Mass.
(AP Photo/Mary Schwalm)

He talked about his pregame meal and how it hasn’t changed since he was playing in college for Alabama: steak and eggs with spaghetti.

“It’s always the same thing regardless of kickoff. Same in college, just getting into a routine of eating at 6 in the morning before 11 games in college,” he said.

New England Patriots quarterback Mac Jones (10) celebrates after a touchdown by Hunter Henry during the first half of a game against the New York Jets Sunday, Oct. 24, 2021, in Foxborough, Mass.
(AP Photo/Mary Schwalm)

Jones said he’s not doing anything crazy after wins and revealed the subtle ways he’ll celebrate if he leads the Patriots to victories. He’s done that three times this season after two wins over the Jets and one over the Houston Texans.

“I usually honestly go home and hang out with my family, eat some dessert. … Everyone has their own way of celebrating. … To be with my girlfriend, family and my puppy,” he said.

Jones wrangled the starting job in training camp. He has thrown for 1,779 yards with nine touchdowns and six interceptions.