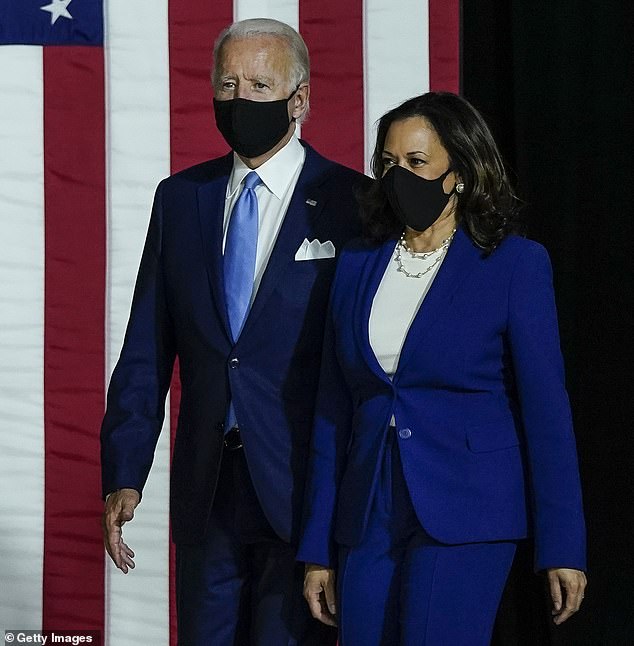 ‘It’ll lead to poverty and pain’: Pauline Hanson weighs in on the US election as she accuses vice-presidential hopeful Kamala Harris of spouting ‘feel-good socialist nonsense’

Senator Harris, 56, posted an animated video on her Twitter feed on Sunday in which she supported the communist principle of equality of outcome where everyone has the same wealth.

One Nation Leader Senator Hanson, 66, criticised the advert in a post on her Facebook page, saying the idea would lead to ‘poverty and pain.’

Senator Harris (pictured with Joe Biden), 56, posted an animated video on her Twitter feed on Sunday in which she supported the communist principle of equality of outcome

‘Have a look at this political ad run by Kamala Harris… because it’s a great example of the way the left lies,’ she wrote.

‘They promise a world of feel-good nonsense when in reality their plans will lead us down the path to poverty and pain.

‘You simply cannot create a just and fair system where everyone is rewarded the same regardless of effort, it has never worked and it never will,’ she added.

‘Sadly that doesn’t seem to stop left-wing politicians the world over from telling the same lies in the hope that people will be fooled.’

In the advert, Senator Harris said there is a ‘big difference between equality and equity.’

‘Equality suggests, “Oh, everyone should get the same amount.” The problem with that, not everybody’s starting in the same place,’ she said.

‘Equitable treatment means we all end up at the same place.’

Senator Hanson discussed the advert with Sky News Host Paul Murray and said the idea that a hard-worker should achieve the same as a lazy person was wrong.

‘Those achievers will say ‘no more’ and then what sort of society are we going to have?’ she said.

Polls have closed in the race for the White House between Democrat Joe Biden and Republican Donald Trump, with the contest on a knife-edge. 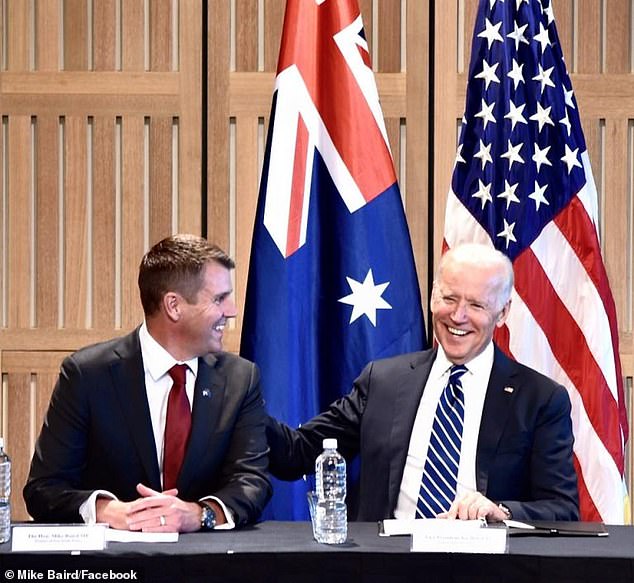 Prime Minister Scott Morrison and Labor leader Anthony Albanese have stayed quiet but some backbench politicians have revealed who they are supporting.

Federal Liberal MP Craig Kelly, a Trump supporter, posted a picture of a Trump campaign rally and wrote ‘what a crowd.’

Greens Senator Jordon Steele-John tweeted that he was backing Biden.

He posted a picture of himself with the former Vice President and wrote: ‘As we saw in 2016, election results are hard to predict.

‘What I do know is that Joe Biden is authentic, deeply compassionate and a leader who can unite. It’s now over to the American people.’ 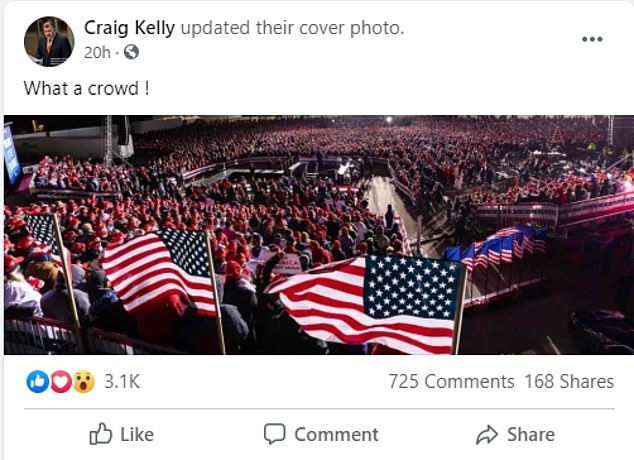 Federal Liberal MP Craig Kelly, a Trump supporter, posted a picture of a Trump campaign rally and wrote ‘what a crowd’