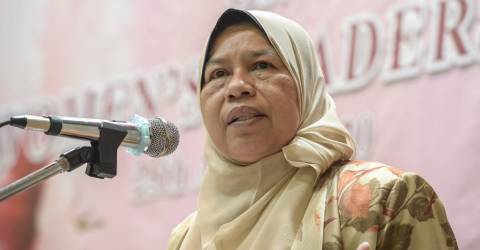 At a media conference here today, she stressed that the matter would be resolved internally when she was repeatedly asked by reporters about the ongoing tussle for the party presidency between her and Datuk Larry Sng Wei Shien.

When asked who to contact for party president GE15-related statements, she replied, “Since I’m here, it’s me then.”

The Registrar of Societies (RoS) confirmed earlier today that Sng was still PBM president based on department records, adding that any dispute over the position must be resolved at the party level as it was an internal issue.

During the press conference, Zuraida also announced that the party would not be in any coalition in GE15 and that it would be contesting under its own flag.

She also said that PBM would be defending six parliamentary seats and the Malim Nawar state seat in Perak for GE15.