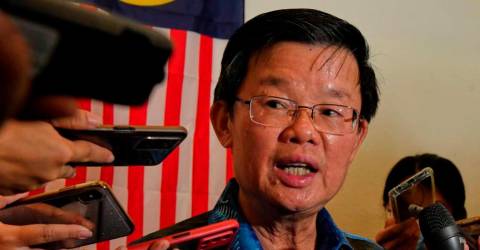 “A total of six companies participated in the call through the request for proposal for the Penang Hill cable car service before the evaluation committee comprising various agencies evaluated the proposals according to the requirements set before selecting Hartasuma Sdn Bhd.

“Following an open bidding process, the estimated investment by the successful bidder is expected to be approximately RM245 million and the project is based on a concession period of 30 years,“ he told a media conference here today.

The state government prior to this had decided to continue the cable car project despite the federal government cancelling the RM100 million allocation for the plan in April 2020.

Chow said the alignment and suitability of the project’s location had been taken into account by the evaluation committee, with the most suitable alignment site being near the Penang Botanic Gardens.

He said the project was awarded through a public-private partnership involving design, finance, operations and transfer or a subset of the joint venture partnership basis.

“The successful bidder, Hartasuma Sdn Bhd, is a pioneer in the local rail industry and has nearly 30 years of experience in the entire range of project implementation from project management and logistics, international supply chain, testing and commissioning protocols and project financing.

“The company has successfully supplied more than 400 rail cars for some of the biggest public transport projects in Kuala Lumpur and brings along a management team with experience in the mass rapid transit (MRT) line and the highly successful Langkawi Cable Car,” he said.

Chow said with the cable car project, Penang Hill will gain another iconic tourist attraction in addition to the existing funicular railway that has been serving residents and visitors for 100 years.

“With visitors exceeding 1.3 to 1.8 million annually, we hope that Penang Hill cable car will play a practical role in balancing the number of visitors,” he said.

He also hoped this faster mode of transport will further enhance the tourism experience and contribute to the socio-economics of the surrounding area, with about 500 job opportunities expected to be created. –Bernama