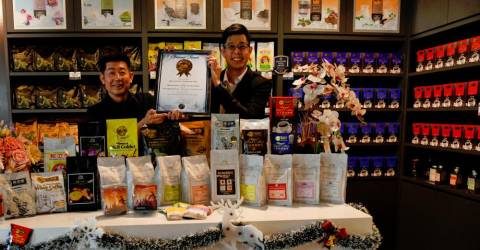 GEORGE TOWN: Penang’s Sin Boon Kee (SBK) Coffee Concept Store Sdn Bhd has made an entry into the Malaysia Book of Records (MBR) for producing the most number of drink product variants in a concept store.

“From a coffee factory, I decided to expand the business by establishing an F&B outlet branded as SBK coffee concept store in 2020. We established it as a platform for youngsters to drink coffee here,“ he said.

In addition, he stated that the business will be expanding with the opening of a third coffee concept store outlet in Feb 2023.

“We will be opening our third outlet at Bandar Perda (mainland) next year,“ he added.

Moreover, he stated that SBK is known as the first and longest coffee factory operating in Penang.

“With this award, we would serve our best so that everyone can have a great cup of coffee, he said. – Bernama