Pensioner loses £193,000 inheritance after getting one digit wrong on his sort code – as Barclays customer who wrongly received the cash REFUSES to give it back

Peter Teich, 74, from Cambridge, had £193,000 sent to the wrong bank accountAfter Barclays refused to refund it as their customer would not give permission the pensioner spent £46,000 going through the courts to get the money backBarclays initially refused to refund the lost money and offered £25 compensation

A disabled man had his £193,000 inheritance from his 100-year-old dead father withheld by a bank after he gave them the wrong sort code.

Peter Teich, 74, from Cambridge, called Barclays less than 12 hours after realising the mistake and was told the money would be restored within a week.

But after the recipient, who also lives in Cambridge, refused to return the inheritance his bank refunded him just £25 as a ‘small token gesture’.

Peter Teich, 74 and disabled, called Barclays less than 12 hours after he realised the mistake. But, after the other customer who also lives in Cambridge refused to return the money, Barclays offered him £25 as a ‘small token gesture’

‘Barclays insisted that I bear the full and sole responsibility of pursuing their own dishonest customer’, he told The Guardian.

‘I freely acknowledge my mistake in this unhappy saga: I provided the sort code of the wrong Barclays branch.

‘But my error fades into insignificance when considered in the context of Barclays’ conduct.’

Mr Teich hired lawyers and spent £12,000 in legal fees before finally getting the other Barclays’ customer’s name.

He then went through the high court – and spent a further £34,000 – to obtain a freezing injunction before the court finally ordered the other customer to repay the cash.

Barclays then refused to refund his legal fees to simply recover his own money but, after the newspaper contacted it, the bank decided to repay the £46,000 in full and an additional £750 compensation. 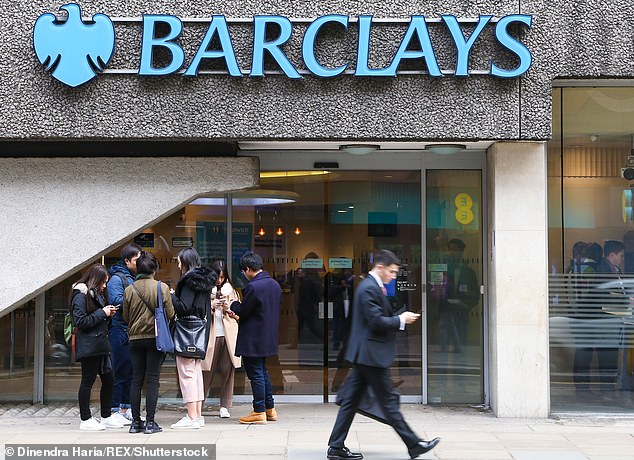 Mr Teich then had to spend £46,000 on legal fees going through the courts to get his inheritance back – and Barclays still refused to refund the money. However, after it was contacted by a newspaper it decided to refund his legal fees and £750 compensation

‘It could have taken Barclays a few days to recover the misdirected funds, but instead they did nothing’, he said.

The error happened as banks do not match account names and bank account numbers, meaning an error in a sort code could still lead to large amounts of money being transferred to the wrong customer.

The banking industry did promise to start undertaking name checks from mid-2019, but this has been pushed back to March next year.

The change is aimed at cutting down on so-called push payment scams (APP), in which people are conned into sending money to the wrong account.

A total of £145million was stolen in the first half of last year alone, reports the BBC, with many victims unable to get the money back because current legislation means they are liable for losses.

In a statement Barclays said: ‘It is evident that on this occasion we have failed to meet the high standards that Mr Teich can expect to receive from Barclays, and for this we have offered our sincere apologies.

‘After taking a closer look at this situation, we can confirm that Mr Teich can expect the fees he has incurred to be refunded in full with interest, together with a payment for the distress and inconvenience this matter has caused.’