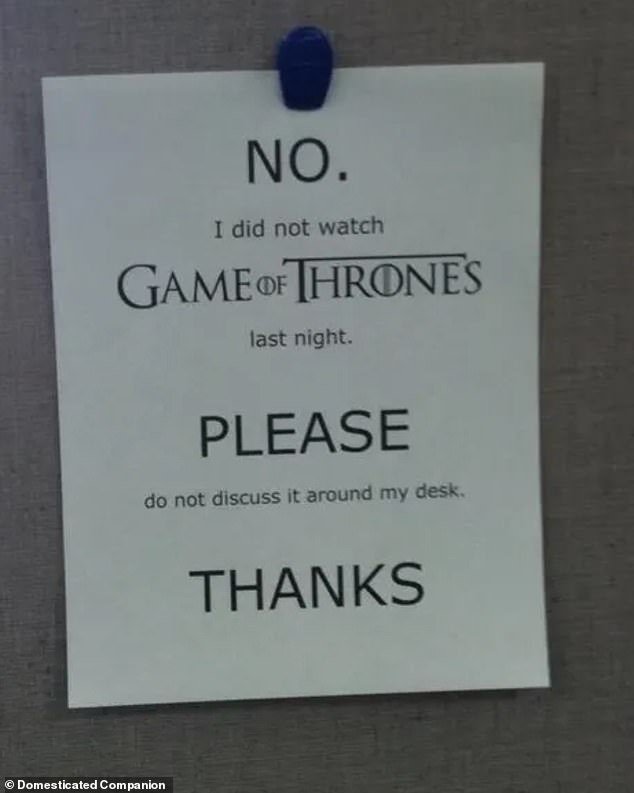 The pen IS mightier than the sword! Hilarious snaps reveal how passive aggressive people go to war in note form

One thing that can make a bad day even worse is a passive aggressive note left by a stranger.

People from around the world have shared the funniest letters they’ve ever received from strangers online and Domesticated Companion has compiled the best into a hilarious gallery.

Among the snaps, one shows a petty person who forced a traffic warden to search for the correct parking ticket on their windscreen, perhaps as some sort of sadistic revenge.

Meanwhile another passive aggressive parking note told a motorist to ‘park with manners’ as others drivers are not ‘a sardine.’

Here, FEMAIL rounds up a selection of the best notes left by strangers… 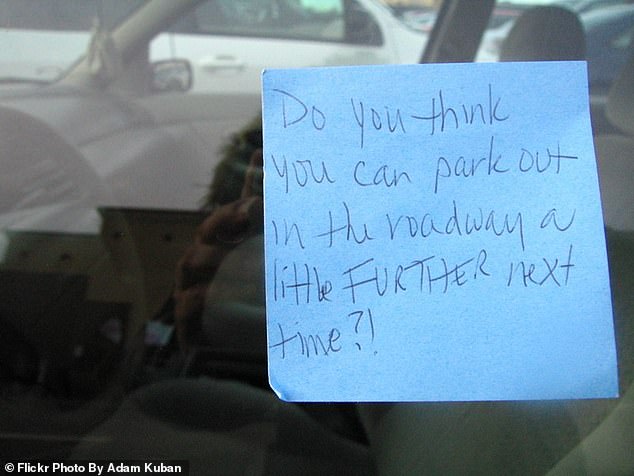 People from around the world have been sharing the funniest letters they’ve ever received from strangers online. Domesticated Companion has compiled the best into a hilarious gallery, including this snap showcasing a person who decided against a simple request to not to park too far out into the road, and included just a hint of sarcasm 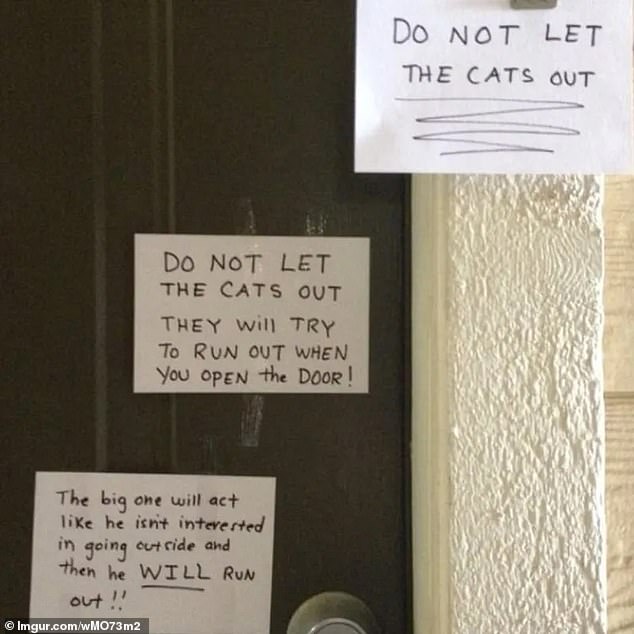 These poor cats have clearly been trying to make a break for freedom for some time now,  however their human is working hard to thwart their escape attempts 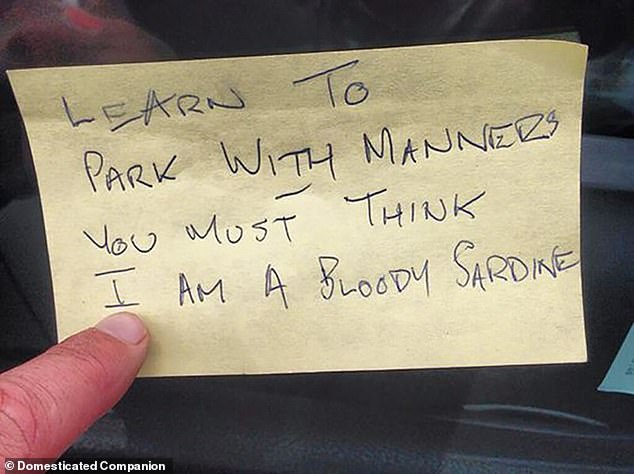 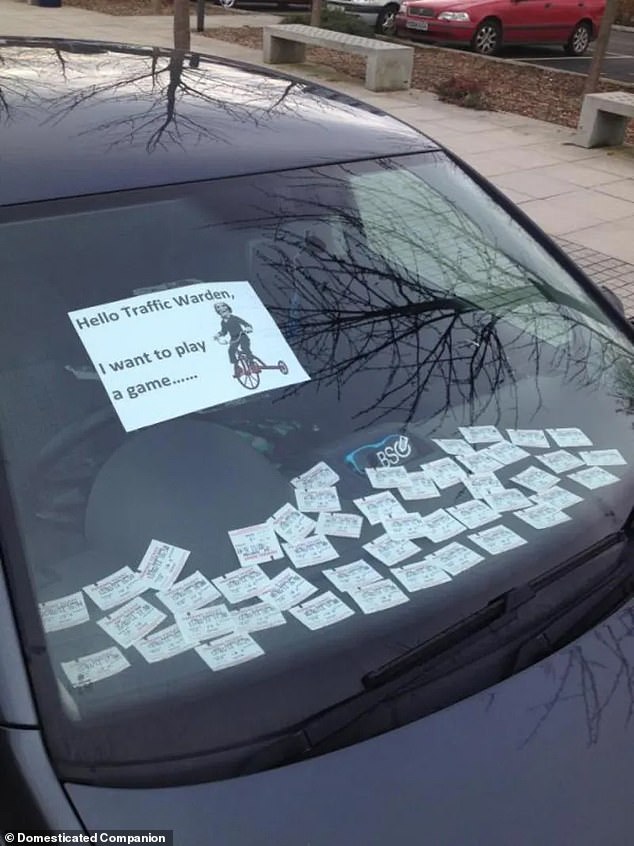 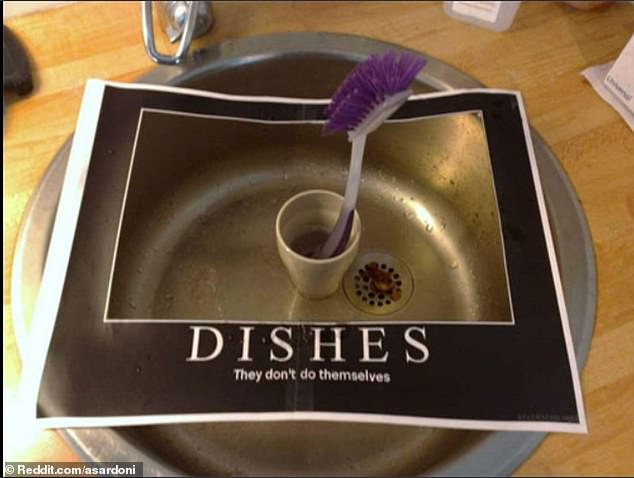 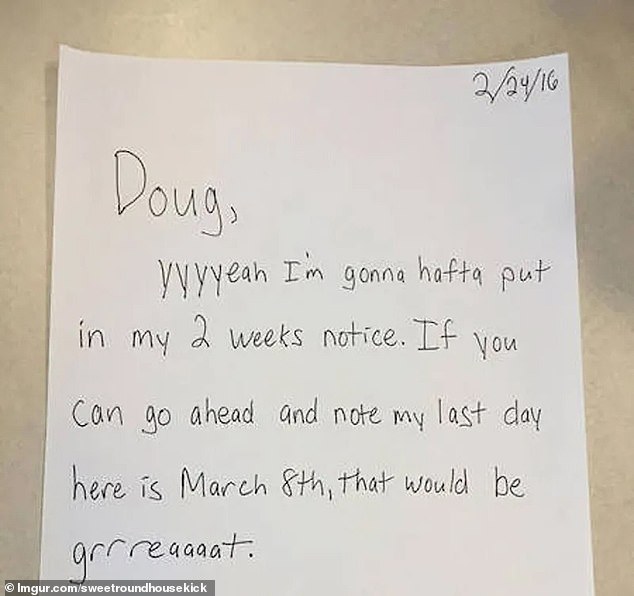 This person appeares to care very little about his job, putting  zero effort into this note, which is  casually littered with awful spelling and grammar 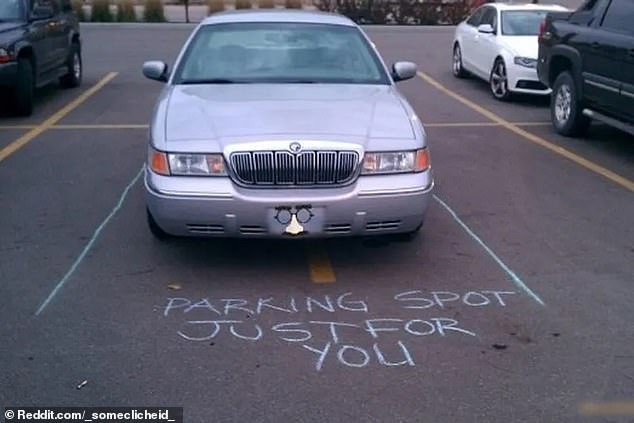 Lesson learnt: when this person thought they could park wherever they please regardless of parking lines, a friendly stranger made them their own spot with chalk 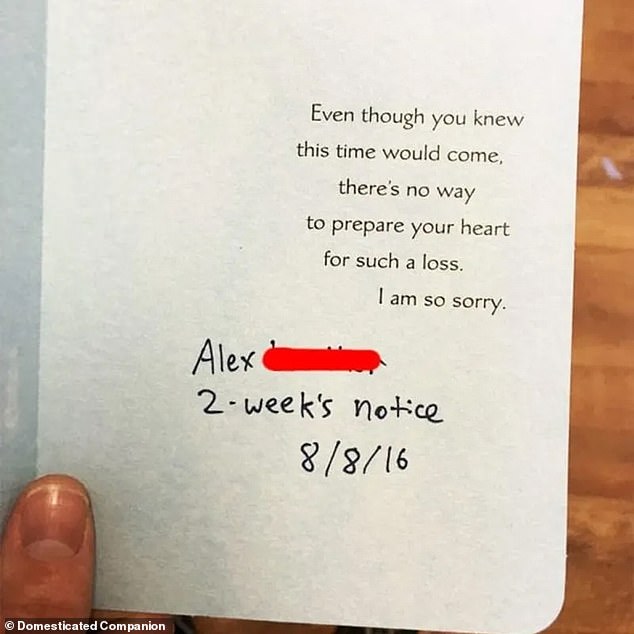 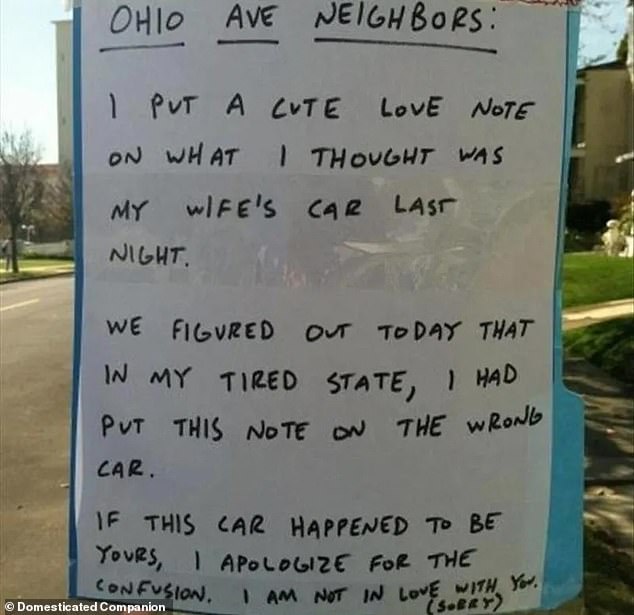 This man, from Ohio, accidentally put a love note on his neighbours car which was meant for his wife…awkward 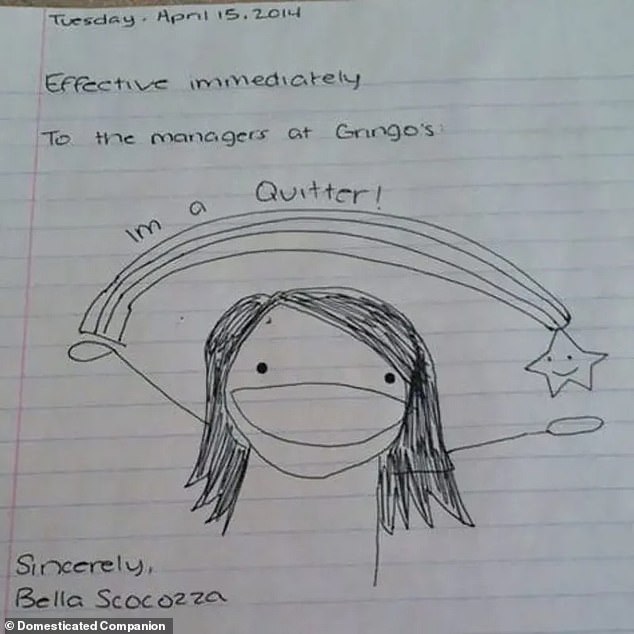 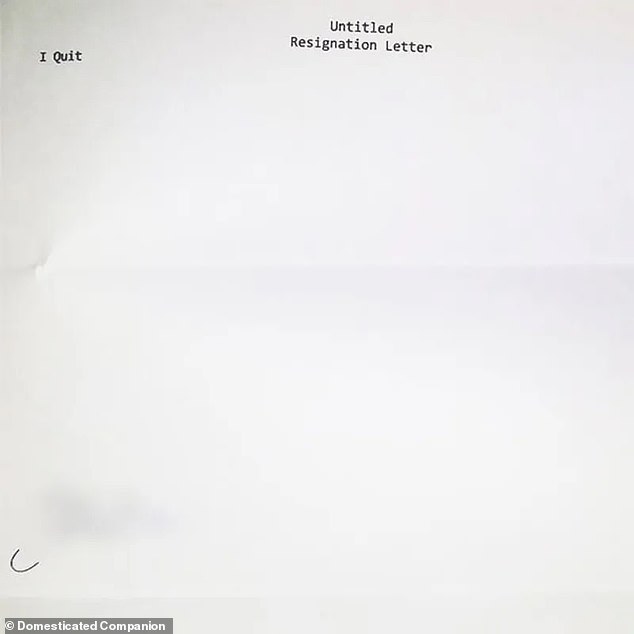 In this very simple but brutal untitled resignation letter, one employee only wrote ‘I quit’ at the top of the paper, their lack of effort making their apathy clear 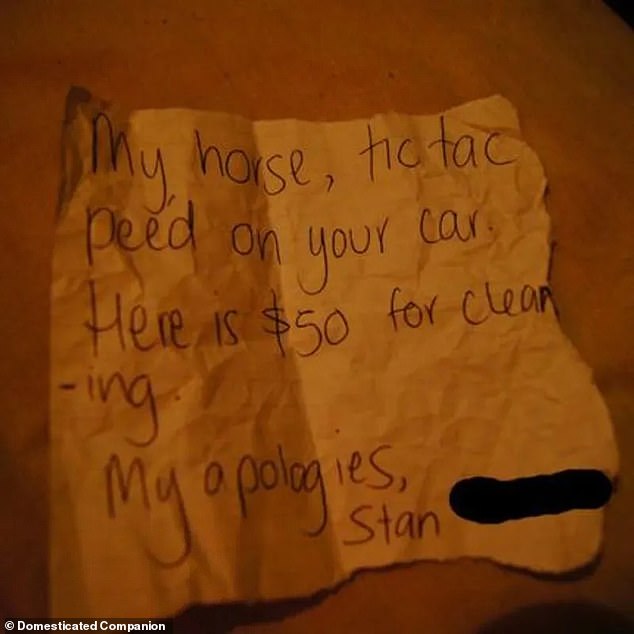 This person, in the US, left their neighbour a note and $50 dollars after their horse urinated on their car 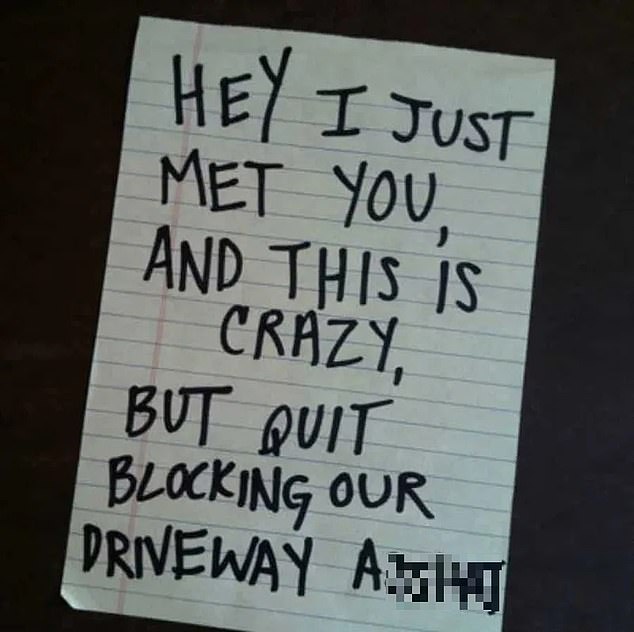 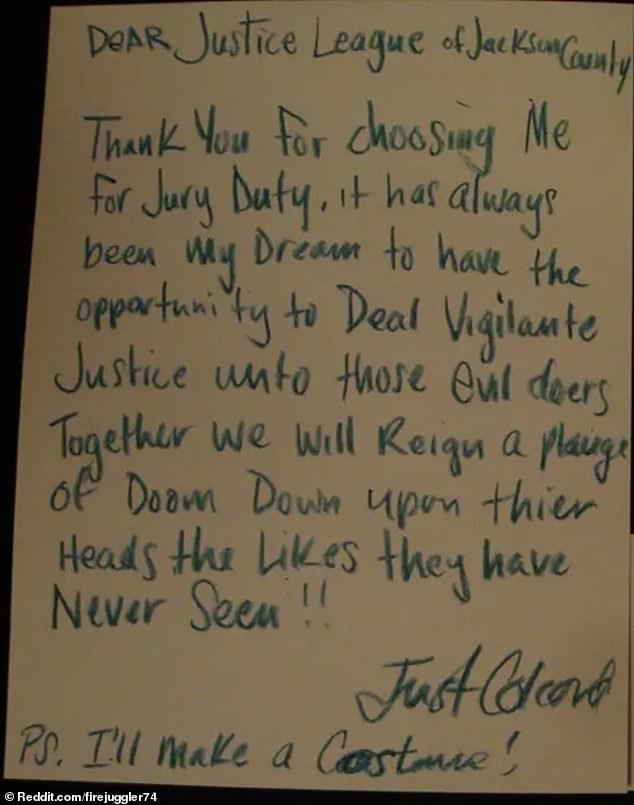 This person’s hilarious attempt to get out of jury duty might just have worked, as we are sure ‘costumes’ are frowned upon in the court room 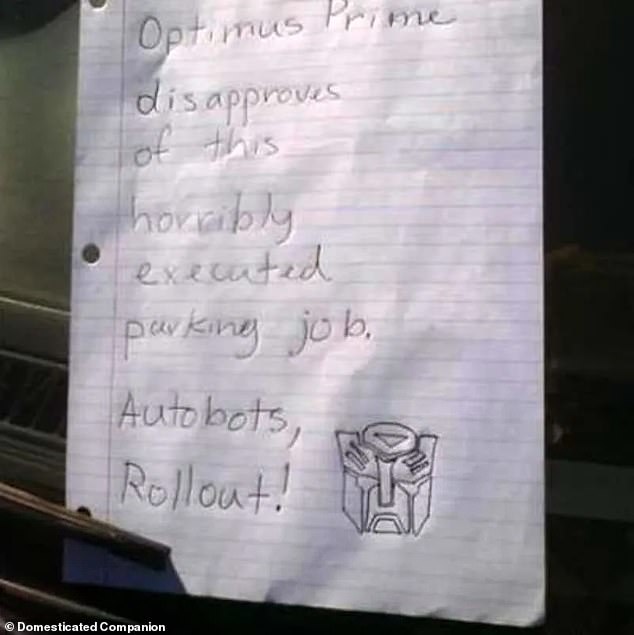