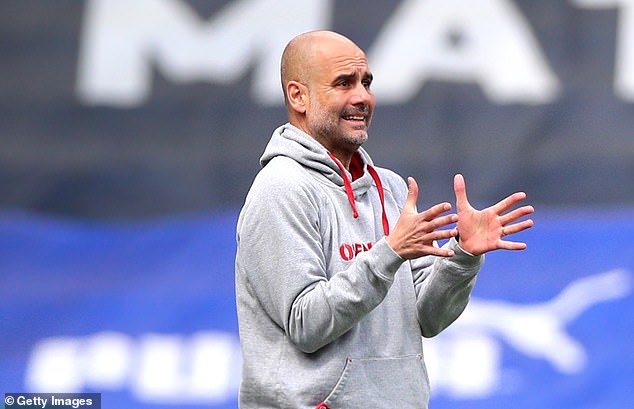 ‘We’ve been looking for this moment for many years’: Pep Guardiola insists his players should ‘not play with EMOTION’ as Manchester City face crunch Champions League semi-final second leg against ‘extraordinary’ PSG on Tuesday with one-goal advantage

Manchester City boss Pep Guardiola insists all his focus is on his own team ahead of their Champions League semi-final second leg on Tuesday against PSG.

City hold a 2-1 lead after an impressive performance and result in Paris last week and Guardiola believes his team should not play with emotion as they look to reach the final for the first time.

‘It’s the first time most of us are here together – I know what we’re playing for, in these games you don’t need much emotions – be calm and know what you have to do,’ he said, at his pre-match press conference on Monday.

‘I don’t have to tell anyone, the players, backroom, staff, cookers, everyone knows how important it is We’ve been looking for this moment for many years. We spoke a lot yesterday and today who we are, what we have to do. We don’t speak about PSG because we play against them a week ago. We just speak about us, us and us and what we have to do.