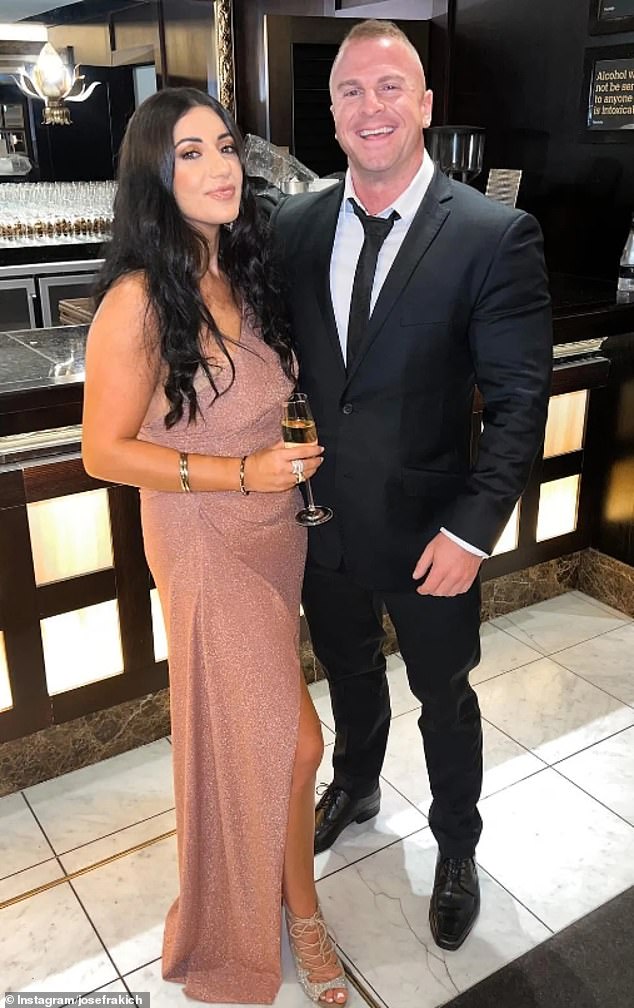 Wife discovers a simple task that ALL women can do but men can’t – so are you brave enough to try the new challenge sweeping the internet?

A competitive couple have been left in hysterics after trying a ‘simple’ TikTok challenge women find easy but men can’t complete.

Star personal trainer Josef Rakich, 31, and his wife Maryam Matti, 33, both attempted to step over a broom handle while holding it close to the floor – with hilarious results.

While Maryam gracefully stepped over the pole Josef’s feet appeared to be glued to the ground.

Star personal trainer Josef Rakich, 31, and his wife Maryam Matti, 33, both attempted to step over a broom handle while holding it close to the floor – with hilarious results

When he finally lifted his left foot he lost balance before giggling and failing the challenge and sharing the video with his 775,000 followers.

‘At least I can p*ss standing up,’ the famous New Zealand born personal trainer captioned the video.

Before his wife hit back with a passive aggressive quip of her own: ‘At least I can actually get my dirty laundry in the basket and not next to it.’

The couple’s attempts at the challenge quickly went viral, impressing their fans.

‘This is hilarious,’ said one woman before deciding to try the challenge with her husband.

But some men claimed they were able to step over the pole.

‘My girlfriend challenged me to this and was very disappointed at how easy it was for me,’ one said.

The challenge is the latest in a string of viral mobility and gravity centered challenges which men struggle to complete. 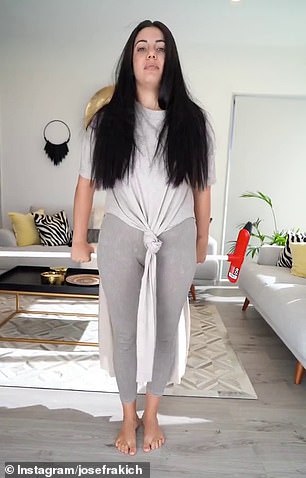 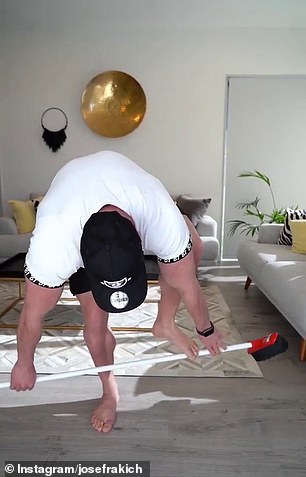 The chair challenge was the most recent to go viral, with hundreds of men and women comparing their results on TikTok.

The challenges asks competitors to lift a chair from a bent over position and is said to have baffled scientists.

The challenge has gained notoriety on TikTok as couples post hilarious videos showing the unexpected results.

With their heads pressed up against the wall, they grab a chair. 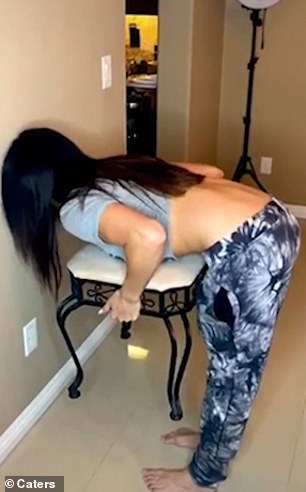 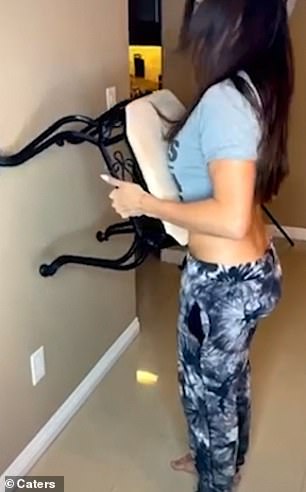 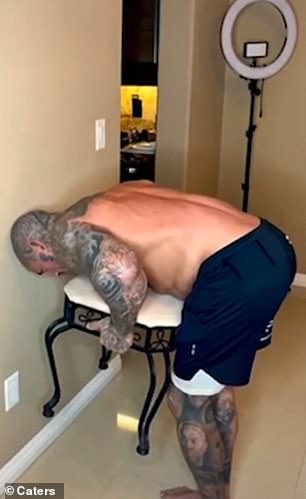 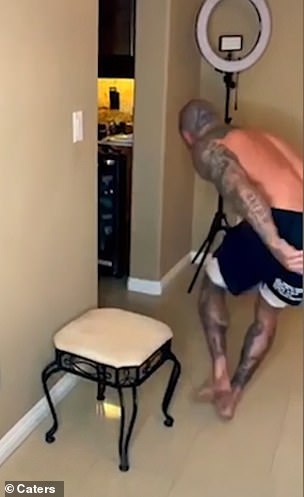 The clip shows a man trying to do the challenge. Gavin wobbles as he tries to get up before toppling over to one side as laughter erupts from behind the lens

They must then lift the chair up to their chest and stand up.

Multiple people have tried it, but it seems as if only women are able to do it successfully.

Scientists have different thoughts on why this could be the case, one involving varying centres of gravity for the different genders.

The other theory is to do with men having larger feet – so further to walk away from the wall to reach the required paces.

A third challenge calls for men and women to keep their balance and avoid landing on their face while moving from all falls to holding their hands behind their backs. 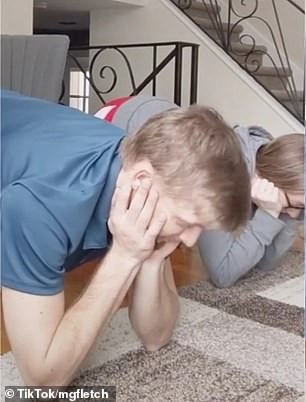 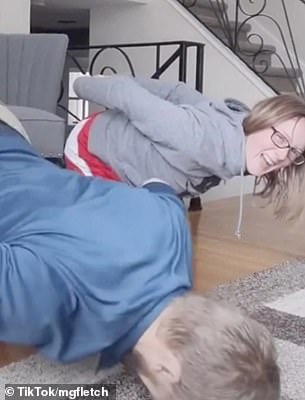 A new TikTok challenge tests men and women’s centre of gravity, requiring them to get on all-fours with their elbows on the ground and head in their hands

In most videos, the woman maintains her balance, while the man’s face drops immediately to the ground.

Couples are now posting their versions of the ‘center of gravity challenge’ to TikTok.

One woman joked she was ‘certain her husband has a concussion’ after video footage showed him face planting into their carpet.

The woman erupted into a fit of laughter as she watched her husband drop to the ground while she remained on her knees with her hands behind her back.

‘Apparently men have a different center of gravity that prevents them from doing this’, she captioned her video.