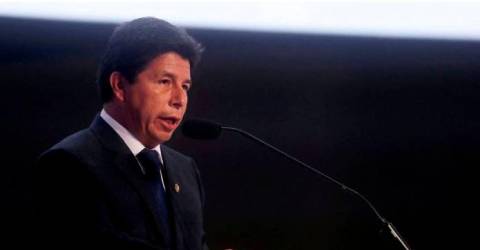 With 73 votes in favor, 32 against and six abstentions, Congress approved the process and summoned Castillo to respond to accusations of constitutional breaches on Dec. 7.

Earlier on Thursday, a high-level mission of the Organization of American States (OAS) recommended a “political truce” between Peru’s executive and legislative branches, as it delivered its preliminary report on a visit to the Andean country in late November.

To oust the president, the votes of 87 of the 130 members of Congress are needed, a number Peru’s right-wing opposition parties hope to reach.

Before the vote, Prime Minister Betssy Chavez said Castillo should serve his term until 2026 and the truce and dialogue requested by the OAS “is vital when we have somewhat tense spirits between both branches of government.”

The South American country lives is plagued by political confrontation between the two braches, and has, including Castillo, had five acting presidents since 2016, due to dismissals and resignations.

Castillo, accused of using the presidency to the benefit of himself, his family and close allies, is also facing a constitutional complaint from the attorney general in Congress linked to corruption investigations.

The president says the complaint is an attempted “coup d’etat” orchestrated by the prosecutor’s office and Congress. – Reuters