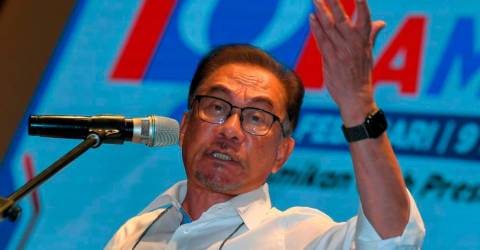 Ilham Centre executive director Hisomuddin Bakar said Negri Sembilan is a possible loss because it has a demography similar to that of Malacca, where PH last year suffered a crushing defeat to Barisan Nasional.

“Considering how BN won in Malacca, PH is in a shaky position in Negri Sembilan, unlike in Selangor and Penang.

“Plus, the opposition itself is not solid at the moment, given the internal rifts. The picture is worrying.

“It is safe to say that PH can retain Selangor and Penang but not Negri Sembilan. It is also possible that PH could lose some seats in Selangor,” ,” Hisomuddin reportedly said.

Meanwhile, Prof James Chin of Tasmania University said PH has a good chance of keeping Selangor and Penang without having to get its act together.

“Every other state is a 50/50 chance. Selangor and Penang should not be a problem for PH.”

“They can still win in the current scenario because they have been the government for quite some time and the way things are run in the two states, most of the people are happy,” he said.