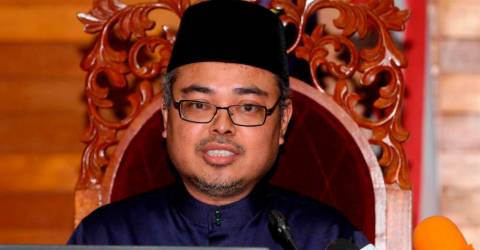 IPOH: The Perak Innovation and Creative Resource Centre (PINCER) in Meru Raya, here, is being redeveloped without the use of public funds.

Ipoh mayor, Datuk Rumaizi Baharin(pix) said the PINCER studio was expected to be operational from this July and implemented under the Public-Private Partnership and is part of the Ipoh City Council’s plan to give added value to the city’s tourism sector through the ‘Cultural City’ element.

“The reactivating of this studio is fully funded by a private company, PINCER MBI Studio Sdn Bhd which was set up last month to manage the studio which has been neglected since four years ago.

“The PINCER studio was developed by the Perak State Development Corporation (PKNP) at a cost of RM20 million in 2011. It was managed by a private company from 2013 but four years later, the company stopped managing the studio and it became idle.

“So, we are redeveloping this studio but without using public funds. To me, it should not involve public funding at all as it’s better to use the funds to build roads or drains,“ he said after visiting the PINCER studio.

Last Saturday, Rumaizi said that reactivating the studio which would offer various facilities including green screens, creative studios, voice recording, multimedia recording and studio services could also attract foreign investors such as from China and Indonesia. Hence, Ipoh could become one of Malaysia’s advanced creative industry hubs, after Cyberjaya in Selangor and Johor Bahru, Johor.

However, many netizens have questioned whether it is apt to reactivate the PINCER studio as they feel it would be a waste of public funds.-Bernama