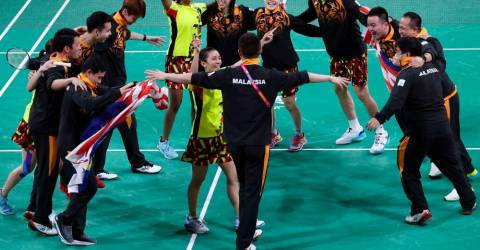 He said the success had placed Malaysian on the right track to achieving the six-gold target in Birmingham.

“The Malaysian contingent continues to show excellent performance at the 2022 Commonwealth Games by winning the third gold medal.

“My heartfelt congratulations to the badminton squad for keeping the Malaysia flag flying high in the world arena,” he said in his Facebook post.