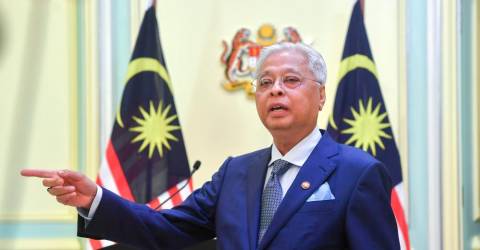 KUALA LUMPUR: Datuk Seri Ismail Sabri Yaakob today obtained an injunction from the High Court ordering the owner of Agenda Daily Media Enterprise to delete the article allegedly defaming the prime minister, which was published on its website, until the case is concluded by the court.

Tan said through the inter-parte injunction application, the prime minister managed to obtain an order for the defendant to delete the article titled Ismail Sabri bimbang jadi PM paling singkat, ‘rayu’ jangan tarik sokongan on Agenda Daily website or other websites managed by the defendant.

“The injunction application was granted without cost. The court also set Aug 26 for case management,” he told Bernama when contacted.

On Feb 18, Ismail Sabri obtained a similar order through an ex-parte application in his defamation suit, which he filed in his personal capacity, against Muhamad Izwan.

In his statement of claims, Ismail Sabri said that on Jan 30, Agenda Daily Media had published an article on its website which contained various ill-intentioned, defamatory and untrue statements regarding the plaintiff.

As a result of the publication of the article, Ismail Sabri said his reputation as an Umno member and as prime minister had been tarnished, which hurt his feelings and could have a negative effect on his political career.

Meanwhile, Muhamad Izwan in his statement of defence, said he and his company had practised responsible journalism in the publication of an article uploaded on its website related to the prime minister.

He also refuted that the article contained defamatory and malicious statements toward Ismail Sabri.

In his reply to the defendant’s statement of defence, Ismail Sabri said that he had never begged any political party to maintain their support for him to remain as prime minister. — Bernama