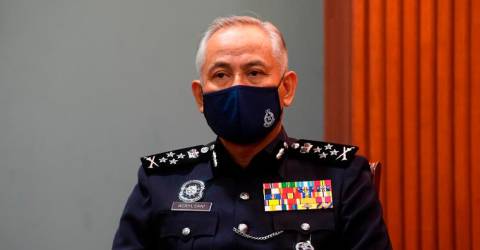 “In addition, the situation during the campaign period is under control, with no incidents threatening public order.

“Insya-Allah, PDRM (Royal Malaysia Police) are confident the voting process will go smoothly and we assure everyone that all steps have been taken to ensure the people can go out and exercise their rights and responsibilities as voters in a safe environment,” he said in a statement today.

Acryl Sani advised the public not to be duped by any fake news aimed at inciting confusion and fear or speculation on public order and safety.

“We will give our highest commitment to ensure the general election this time will go on peacefully,” he said.

He said that stern action would be taken against any party trying to cause provocation that could disrupt public order and safety.-Bernama