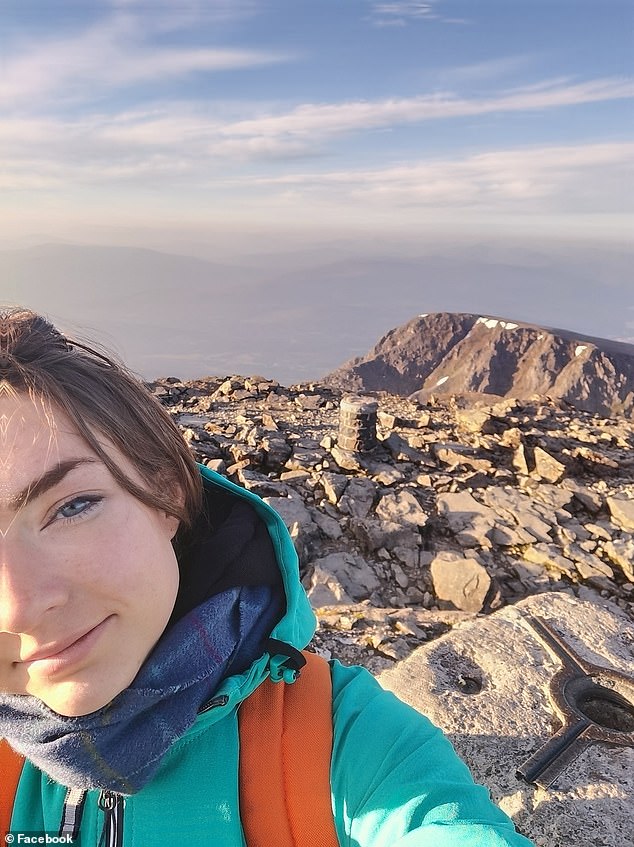 Police launch search for missing walker, 25, who vanished after she took selfie at the top of Ben Nevis at 5am

By Milly Vincent For Mailonline

A woman has gone missing after climbing Britain’s highest mountain Ben Nevis and taking a selfie at the peak.

Police are searching for Sarah Buick, 25, a keen walker, who disappeared on a hike in the north west Highlands in Scotland, and say they are ‘concerned for her welfare’.

She took a selfie as she reached the summit of the 1,345 metre mountain at 5am yesterday.

Police Scotland has issued an urgent appeal to try and trace the walker in the north west Highlands.

It said: ‘Police Scotland are appealing for witnesses that can assist in tracing Sarah Buick in the Lochaber area.

Police are searching for Sarah Buick, 25, a keen walker, who disappeared after sharing a selfie of herself at the peak of Ben Nevis at 5am on Tuesday (pictured)

‘Sarah is a keen walker and was last known to be, as pictured at the summit of Ben Nevis at 5am on June 22.

‘However she may have moved on to other locations within the area.

‘If you have sighted Sarah at any time on or after June 22 please contact the police straight away.’

Inspector Nick Hough, of Fort William Police Office, said: ‘As time goes on we are becoming increasingly concerned for Sarah.

‘She is an experienced walker and often makes trips alone, but it is very unlike her to be out of contact with friends and family for this length of time.

‘We are appealing to anyone who may have been in the Ben Nevis or Glen Nevis area over the last 36 hours and has seen anything which may help our searches to please get in touch.’ 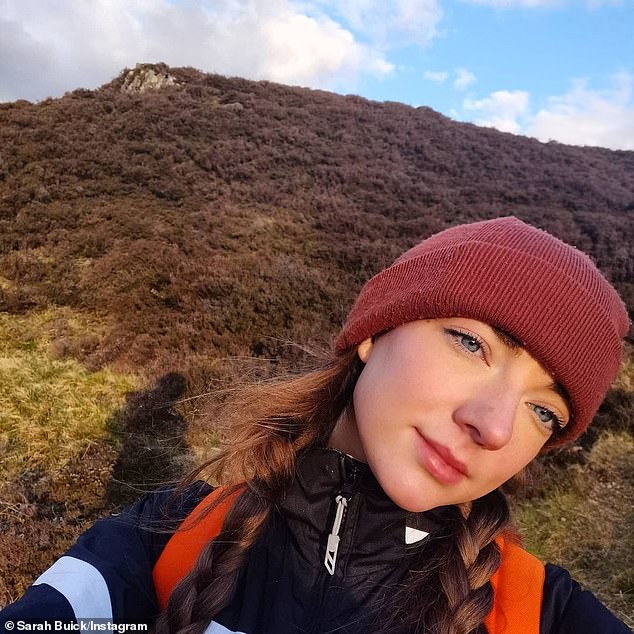 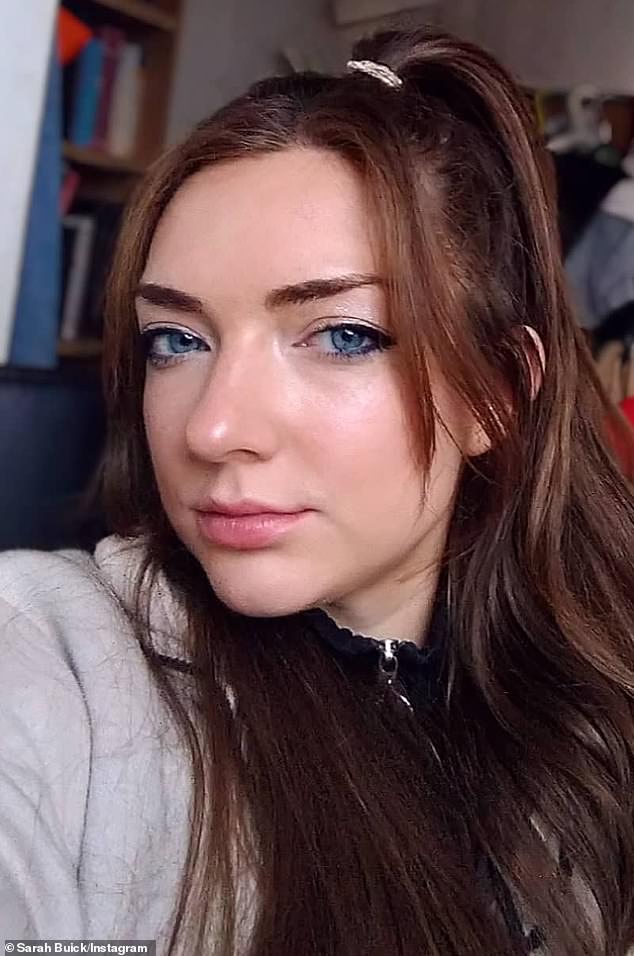 Officers say Ms Buick is around 5ft 3ins tall, and of a slim build with long brown hair

Police say Ms Buick walked to the summit from the Lower Falls area of Glen Nevis, which is to the south.

She may have walked to other locations after her summit of Ben Nevis, or intended to return using a similar route to descend to Glen Nevis.

Officers say she is around 5ft 3ins tall, and of a slim build with long brown hair.

At the time she went missing she was wearing a light green jacket and carrying an orange rucksack.

According to Ms Buick’s social media profile, she is from Dundee, in Fife, Scotland. 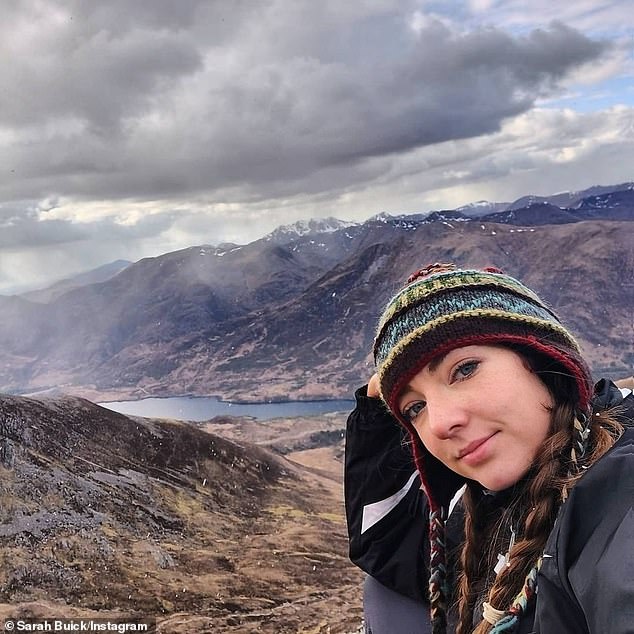 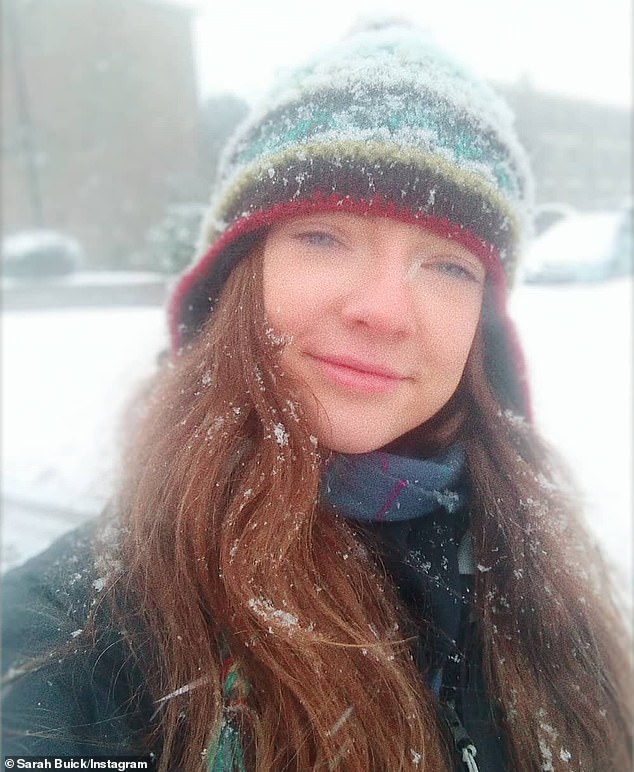 She appears to be an experienced walker, and regularly posts snaps climbing Scotland’s magnificent mountains.

Earlier this month, she uploaded snaps from a successful ascent of Bidean nam Bian and Stob Coire Sgreamhach in Glen Coe.

In May and April, she hiked up Glen Lyon and Glen Nevis.

Around 150,000 people ascend Ben Nevis each year as it is a popular tourist destination.

The mountain’s weather is ‘arguably the most ferocious to be found anywhere in the UK’ and ‘even the most experienced climbers and walkers have been caught out’, according to walking site Ben-Nevis.com.