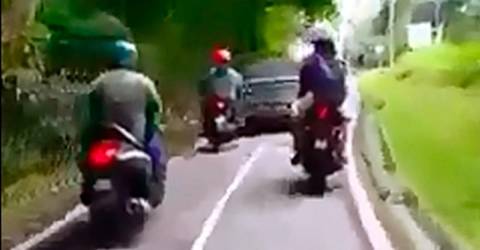 PETALING JAYA: A video of a car being driven on the motorcycle lane at Km29.5 of the Federal Highway yesterday has gone viral.

The 23-sec video shows motorcyclists trailing the car and honking at it to alert the driver of his or her mistake.

“Investigations are also being conducted under Section 42 (1) of the Road Transport Act 1987,“ he said in a statement yesterday.

“Those with information related to the incident can contact traffic investigating officer Inspector Rozilah Hussin at 016-2679 025.”