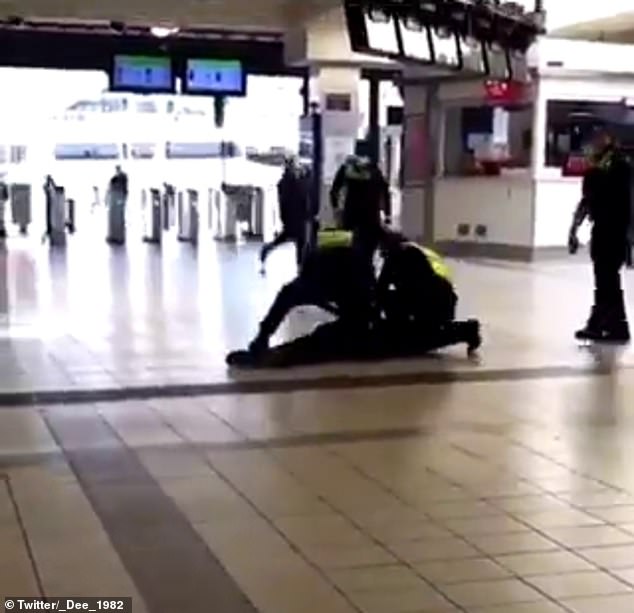 
A Victorian police officer has been charged with assault after horrifying footage showed a man allegedly being slammed head-first into the ground.

The viral clip showed the victim speaking with a group of officers at Melbourne‘s Flinders Street Station amid anti-lockdown protests on September 22 last year.

Suddenly another officer approaches the man from behind, and allegedly grabs him by his shoulders and throws him against the hard tile floor, sending his headphones flying across the concourse.

An internal investigation was launched into the incident and the constable has been charged on summons. He will face court at a later date.

The woman who posted the footage online said it had gained global attention and that she had been contacted by people around the world who wanted to know if the man was OK.

She claimed the man allegedly assaulted called for his mum after he woke up ‘with his own blood and urine everywhere’.

The witness said police then handcuffed the man, who was unconscious ‘for a while’ before being treated by paramedics. 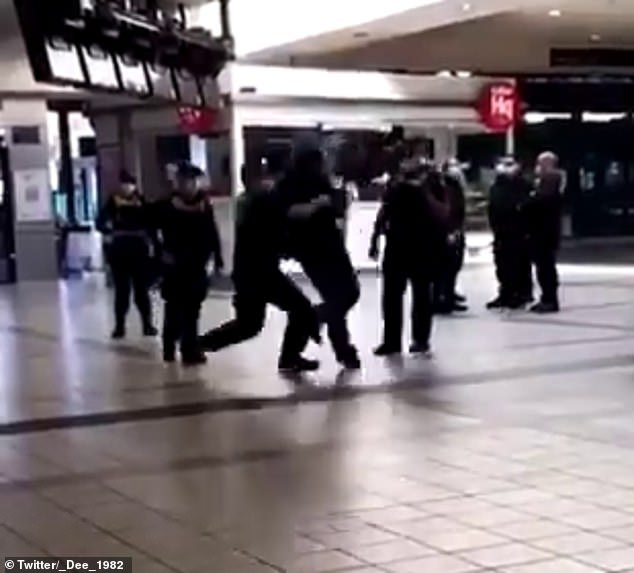