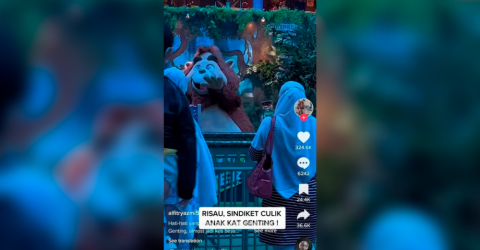 POLICE have initiated an investigation into a video clip that went viral in which two women allegedly attempted to kidnap a child at Genting Highlands yesterday.

The 80-second clip was uploaded to TikTok.

In the clip, a man is heard saying that his staff’s son was almost kidnapped by two women when they were at the theme park.

Bentong district police chief Supt Zaiham Kahar said police are tracking down the owner of the TikTok account to assist in their investigation.

“The police have yet to receive any reports from parties involved, but security officials from Genting Highlands did file a report on the video yesterday,” he said in a statement.

He called on the public not to speculate on the matter and allow the police to conduct their investigation.