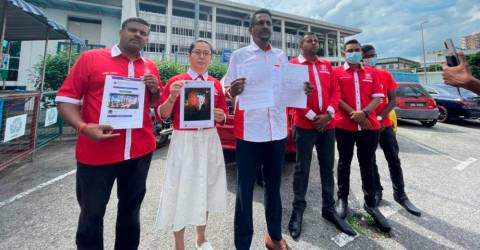 Its information chief S Gobi Krishnan said he filed the report after the Rantau assemblyman, who is also known as Tok Mat, failed to apologise within 24 hours.

Gobi also reportedly pointed out that if no action was taken against Mohamad, the associate wing would march to his office.

It was reported that in Mohamad’s recent interview with Asia Times, the Umno leader is said to have referred to the kavadi as a “burden” in describing Umno’s defeat at the 14th general election.