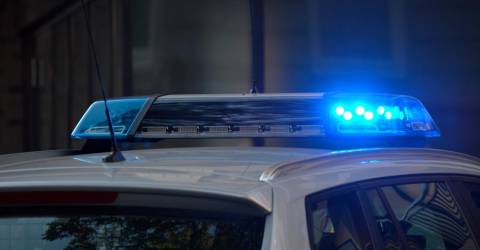 He said the patrol car then followed the vehicle until Kok Lanas before turning back to Wakaf Che Yeh for more than 70 kilometres.

“It went on for several hours as the driver attempted to escape. At that time, the Pasir Mas MPV was assisted by two patrol cars from the Machang and Pasir Puteh IPD in an attempt to arrest the suspect.

“After being surrounded, the suspect was seen trying to flee towards Machang but the car was stopped in the oil palm plantation area near Jeram Linang, Pasir Puteh,“ he said in a statement, today.

According to Mohd Nasaruddin checks on the vehicle revealed four Myanmar nationals, while the driver and about 10 more people managed to escape.

Mohd Nasaruddin said efforts to round up the escapees were underway.

“In this incident, no shots were fired during the hot pursuit and no accidents involving other vehicles occurred while making the arrests.

“All the suspects and the vehicle were taken to Pasir Mas IPD for further actions,” he said adding that the Myanmar nationals were believed to have just been fetched by the syndicate from an illegal jetty near Sungai Golok. — Bernama